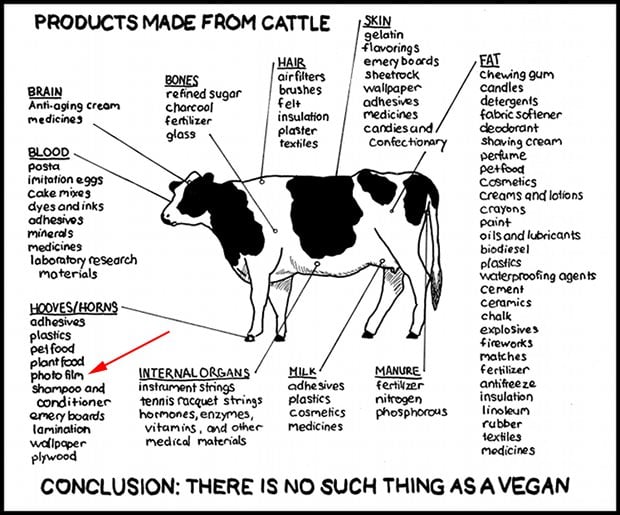 If you’re a vegan film photographer, you might want to think about switching to digital. Why? Because virtually all photographic films and papers are made with animal parts. Most of the thickness in film comes from gelatin, which is used to hold the silver halide crystals in an emulsion. Gelatin is made from animal hides and bones — mainly cows and pigs. People have tried to come up with substitutes, but they haven’t been able to find anything suitable that’s as stable or cheap as gelatin.