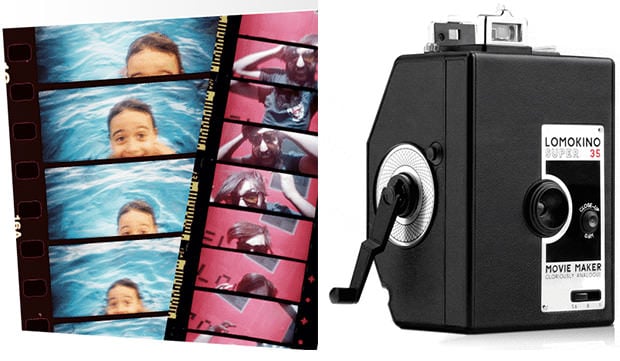 Lomography has launched the LomoKino, the world’s first consumer 35mm movie camera. It’s an old-school hand-cranked camera that uses standard rolls of 35mm film (yeah, the kind you use in film cameras). The camera captures 144 individual frames onto each roll of film, producing a video that lasts 50-60 seconds. Once you have your film developed, you can watch it using a separate LomoKinoScope: a hand-cranked movie viewer!

Here’s are a few sample videos shot with the Lomokino:

The LomoKino costs $79, but for $99 you can get the LomoKinoScope, a film canister, and a book about the camera.

Music Video Created with 3,233 Printed Photos Over Half a Year