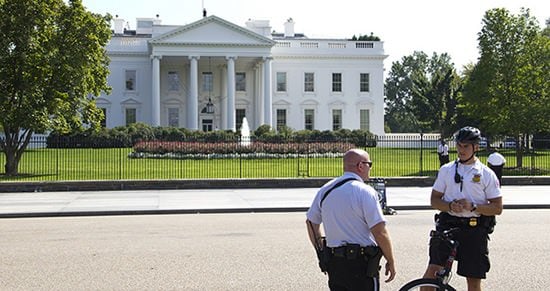 Last week we wrote about an obscure law in Washington DC that can land a person in jail for doing photography for “more than 5 minutes at location”. The Washington Post published a clarification stating that the law is targeted at people who make a living taking a portrait for strangers on city sidewalks. However, the National Press Photographers Association isn’t satisfied with the explanation, and has written a letter to the city requesting that the “vague” law be repealed:

[…] these three vague and incrementally overly broad sections taken together could be interpreted to mean that any photographer taking a photograph of anything, be it a building, person or inanimate object for longer than five (5) minutes would be in violation of the regulations and subject to fine or arrest […] We contend that this licensing scheme, based upon regulations that are facially inconsistent with the protections provided under the First Amendment, is unconstitutional.

[…] these facially defective regulations will only further contribute to the erroneous belief by law enforcement that public photography may be arbitrarily limited or curtailed.

The NPPA also writes that they’re concerned that the law could be used against photographers covering events such as “Occupy Wall Street”.

Amazon Selling a Wireless Remote for Nikon DSLRs for Just $2

The Eatery: A Photo App That Aims to Change the Way You Eat