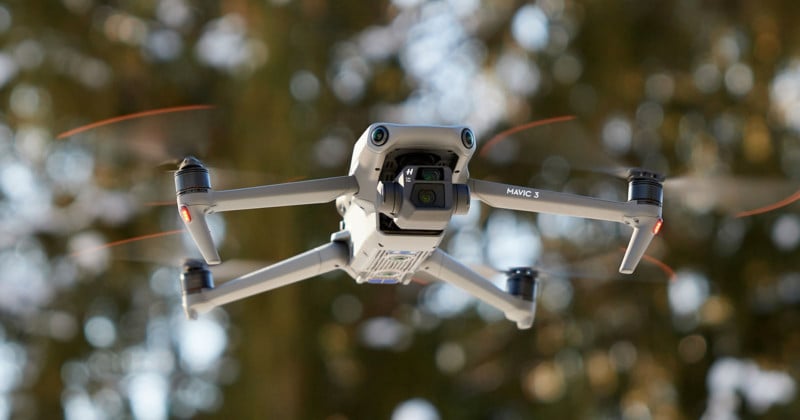 A federal judge has overturned the stringent drone laws in Texas, citing that it is an unconstitutional violation of the First Amendment. The lawsuit challenging the law was brought in 2019 by the National Press Photographer’s Association (NPPA).

The drone law in question amounted to a broad ban on drone use for a wide range of purposes that included journalism. The NPPA says that it stood against the law back when it was first proposed in 2013 and, at the time, urged the legislature to reject the bill.

Since it was passed, the NPPA cites two specific examples (among a number of other incidents) where it hindered the ability of photojournalists to do their jobs. The first was a case involving Dallas-area freelancer Brandon Wade, who was denied permission — based on the law — to fly his drone to document a publicly funded construction product. The second case involved Billy Calzada, a staff photographer for the San Antonio Express-News who was threatened with arrest after photographing the aftermath of a fatal fire with his drone.

Both of these examples were presented as evidence of the law’s impact on photojournalists in the lawsuit, which was brought by the NPPA, the Texas Press Association, and freelance reporter Joe Pappalardo.

In his ruling, District Judge Robert Pitman urged the Texas Department of Public Safety and the state Highway Patrol from enforcing Chapter 423 of the Texas Government Code, which states:

A person commits an offense if the person uses an unmanned aircraft to capture an image of an individual or privately owned real property in this state with the intent to conduct surveillance on the individual or property captured in the image.

Judge Pitman found that the process of creating photos and videos with a drone was a practice that was protected by the First Amendment and that the use of drones to document news is a protected expression.

“As content-based restrictions — meaning that the content of the image determines its permissibility — the various provisions in the statute were held to be presumptively unconstitutional, and were analyzed under a process called strict scrutiny,” Alicia Calzada explains on the NPPA website.

“Applying this standard, the court determined that the law was not actually necessary, and not narrowly tailored to achieve the purported interests asserted by the state. The court also held that the statute’s use of the terms ‘surveillance’ and ‘commercial purposes’ — neither of which are defined in the statute — renders the law void for vagueness.”

“NPPA is very pleased with the result in this case and we hope that it sends a clear message to other states and municipalities to stop enacting unconstitutionally restrictive drone laws,” NPPA general counsel, Mickey H. Osterreicher says.

“Judge Pitman entered an opinion that carefully considers every issue, exhaustively reviews precedent, and holds decisively that drone photography is fully protected by the First Amendment as an integral tool in 21st-Century journalism,” Jim Hemphill, local counsel on the case, says.

“The challenged Texas statutes prohibited legitimate newsgathering that causes no harm, and unconstitutionally drew distinctions that disallowed journalistic drone photography but allowed the exact same drone photography when done for other favored purposes. Judge Pitman properly found that these distinctions were improper and that the statutes were so vague as to be unconstitutional.”