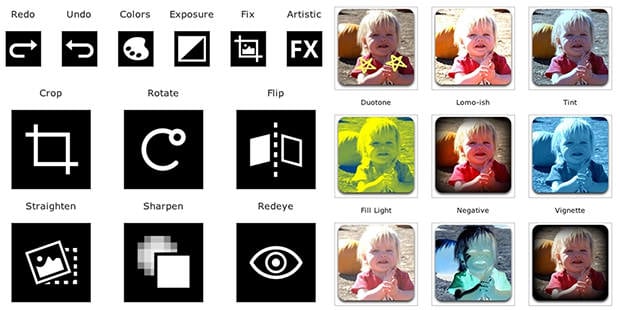 The 4th version of Android, named Ice Cream Sandwich, is set to be released sometime in the next month or so. If you’ve been craving for a built-in photo editor, you may soon get your wish. Android Police has uncovered a boatload of icons and images that strongly suggest that future Android phones and tablets will ship with photo editing tools built into Android Gallery. In addition to basic tools such as crop, sharpen, and rotate, there will apparently be 19 different photo effects you can apply as well. Sadly, they’re of the cheesier variety (e.g. posterize), so don’t expect them to compete with the likes of Instagram anytime soon.

(via Android Police via Engadget)