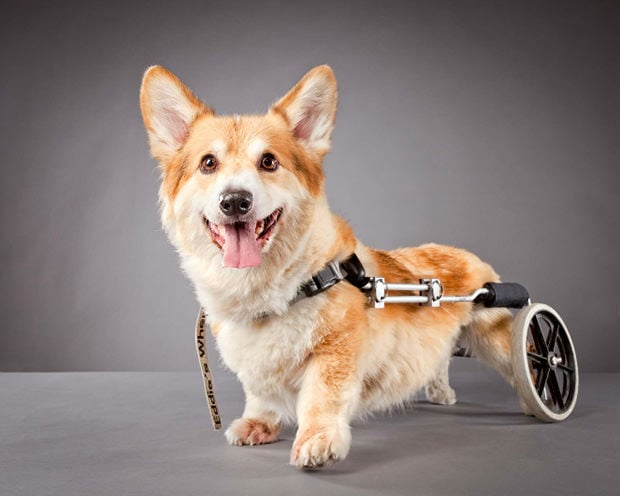 Photographer Carli Davidson — now Internet-famous for her portraits of dogs shaking off water — has a heartwarming project titled Pets with Disabilities in which she uses portraits to tell the stories of happy dogs that have various handicaps. For the photo above:

(Corgi) Duncan has a spinal disorder that many corgis are prone to. Even though he can’t use his hind legs he is still extremely active. He throws toys across the room for himself to fetch, and his favorite treat is whipped cream. 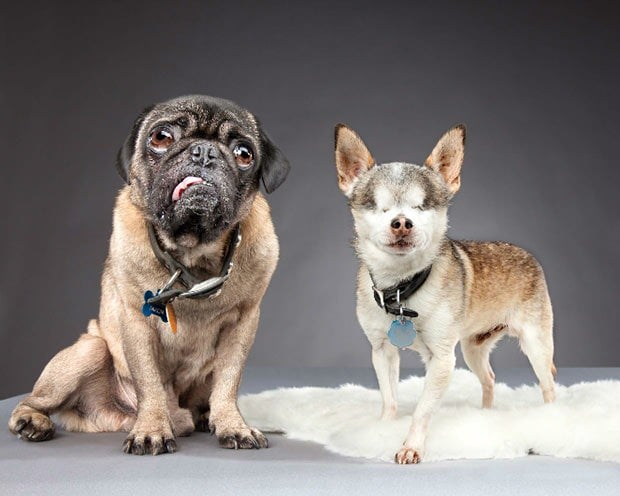 (Pug and Chihuahua) Diego, the blind Chihuahua and Buddy Nixon. Diego uses Buddy as a seeing eye dog by following the tapping of his nails as he walks around new environments. 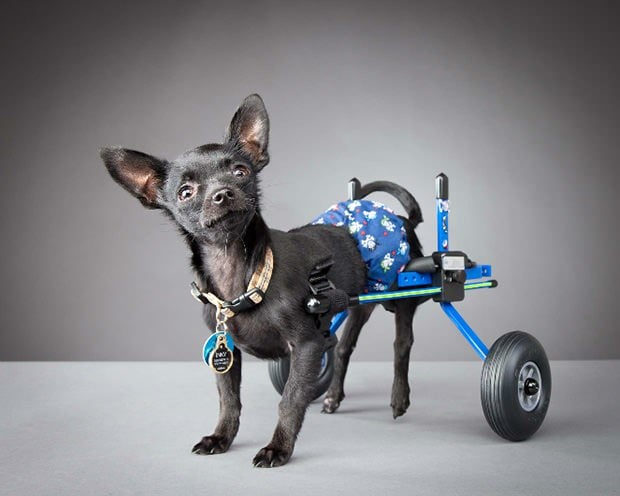 (Black Chihuahua) Inky is a Chihuahua that was rescued from a hoarder. Despite his early abuse he is incredibly good-natured and loving, and is even used as a therapy dog. 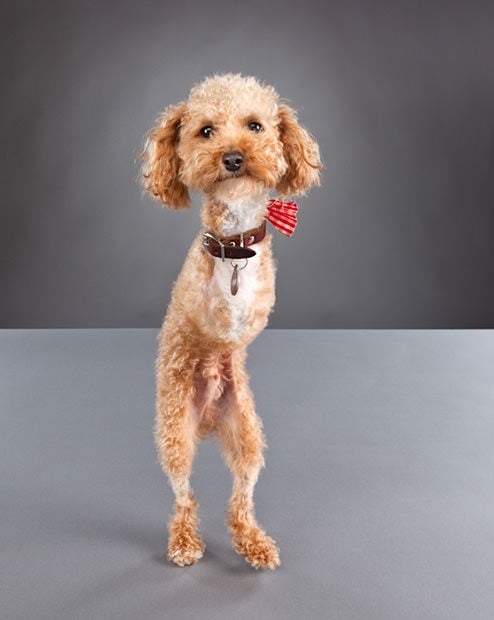 (Poodle) Ramen Noodle lost both of his arms in separate accidents before he was two years old. Only three weeks after losing the second arm he was up and running on his hind legs. He also has a front wheelchair to get around outdoors, but prefers to walk on his own. 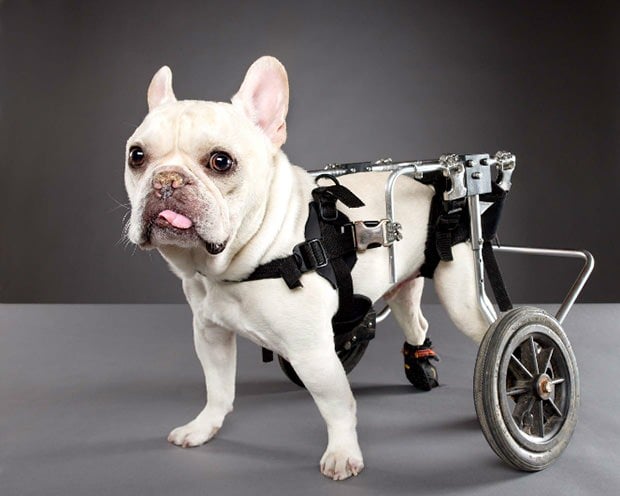 (French bulldog) Little Man Rue is paralyzed from the waist down due to a spinal disorder. He is a very active and happy dog nonetheless. Little Man lives with his owner and another French bulldog, Sweet Pea.

Pets with Disabilities (via My Modern Met)

Image credits: Photographs by Carli Davidson and used with permission

How to Go About Editing Your Portfolio