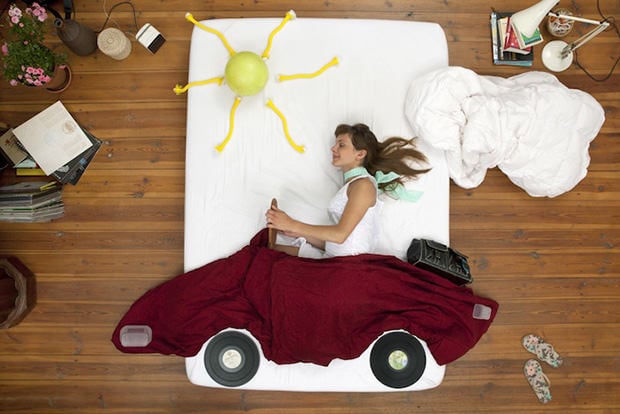 Photographer Jan von Holleben, known for his Dreams of Flying series, was recently hired by a German newspaper to make photos using his signature “lying on the ground” style for a feature on dreams. He ended up shooting photographs showing a girl’s dream using a mattress and other ordinary objects you might find inside a bedroom. Her Morning Elegance is a stop-motion video with the same concept that was nominated for a Grammy Award last year.

Behind the Scenes with a Professional Facebook Profile Pic Photographer

The M-Plate: One Camera Tripod Plate to Rule Them All