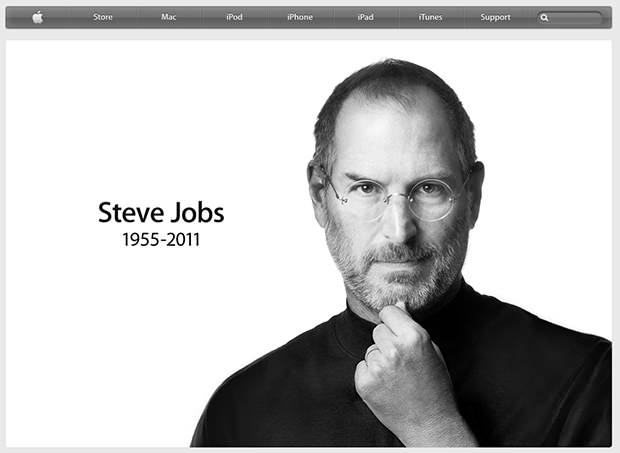 After Apple founder Steve Jobs passed away yesterday, the company replaced its homepage with a well-known photo of the brilliant innovator made in 2006 by photographer Albert Watson. An article published by PDN Pulse today reveals the story behind the (perhaps soon to be iconic) photo:

Jobs didn’t look immediately at Watson, but looked instead at the set-up and then focused on Watson’s 4×5 camera “like it was something dinosauric,” Watson recalls, “and he said, ‘Wow, you’re shooting film.”

Jobs gave Watson about an hour–much longer than he ever gave most photographers for a portrait session. […] I said, ‘Think about the next project you have on the table,’ and I asked him also to think about instances where people have challenged him.

“If you look at that shot, you can see the intensity. It was my intention that by looking at him, that you knew this guy was smart,” Watson says, adding, “I heard later that it was his favorite photograph of all time.”

As with many other things, he was right about digital photography — he went on to turn the iPhone into one of the world’s most used cameras.

P.S. Did you know that Jobs was also instrumental in the rise of Adobe?