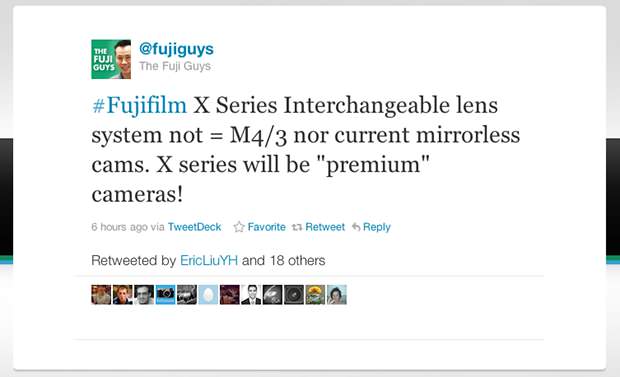 The Fuji Guys sent out a tweet today saying that the company’s upcoming interchangeable lens mirrorless camera will not have a Micro Four Thirds sensor inside:

From what’s being said, it sounds like the company is focusing on sensor size and image quality — good news for serious photographers. People have been begging for an X100-style camera with interchangeable lenses since that camera was announced, and Fujifilm likely isn’t ignorant of that fact.

They also state that the “X Series” is for the company’s “premium” cameras. If that’s the case, what’s with the X-S1 that they just announced, and it’s puny 2/3-inch sensor? 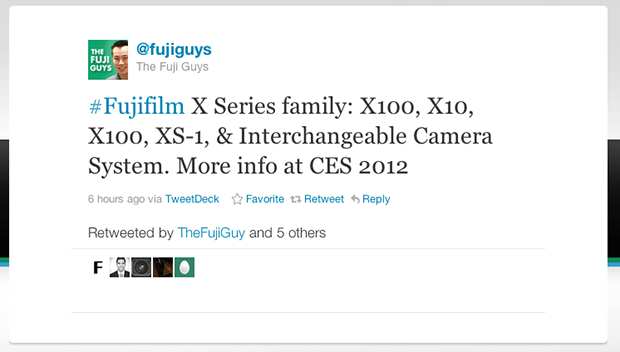 It’s curious that they mentioned “X100” twice. Is that a typo? Perhaps the new camera will be called the “X1” or the “X1000”. We’ll find out soon enough — the company is planning to spill the beans at CES 2012 in early January.

How to Make a DIY Portable Light Box