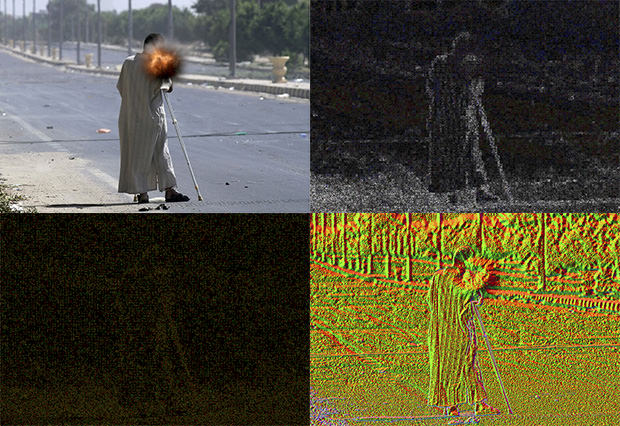 Earlier this week, a Reuters photograph showing a Libyan rebel firing an RPG caused a stir after people on a number of sites suggested that it might have been Photoshopped. Well, it turns out the photo is 100% real — not only did Reuters confirm this with us, but forensic expert Neal Krawetz arrived at the same conclusion after analyzing the image:

By using a suite of analysis methods, it becomes extremely difficult for a fake image to pass unnoticed. While an intentional forgery might pass one or two tests, it takes a level of skill that most photographers and amateur graphic artists lack. This picture easily passes every test (including a whole slew that I didn’t include here). I have no reason to question the authenticity of this picture.

Typically, amazing photos come about through digital modifications. However in this case, Anis Mili has truly captured an amazing photo. And he did it without using a crutch like Photoshop.

You should definitely give Krawetz’s blog post a read — it’s an interesting look at image forensics.

Without a Crutch [The Hacker Factor Blog]