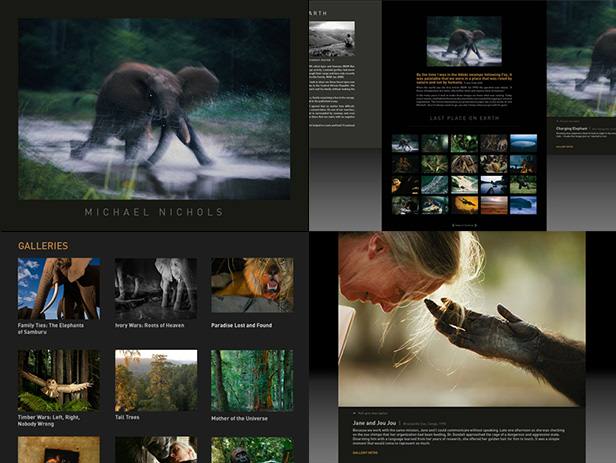 Ex-Magnum and current National Geographic photographer Michael Nichols first launched his website back in 2001 but left it untouched until last year, when he finally decided to update it with new work. After spending a considerable about of energy towards the update, he suddenly decided to change course:

I spent months updating it: new galleries, new captions, stories and videos. It was an incredible amount of work. Right before I hit publish on the site, I realized that I just couldn’t give it away anymore, I had poured my soul and time into it and while I don’t care about making money off of it, I needed to be sure people would value it. I wanted to be the guinea pig for the rest of the photographers out there. So I scaled back the content on my website and decided to embrace the new technology of the iPad and build an app. This way, the audience views the photo essays with my voice behind them. [#]

His paywall experiment seems to be well-received so far — the app currently has a 4.5/5 star rating in the iTunes Store. It’ll be interesting to see if more photographers follow his lead.

The City: A Beautiful Time-Lapse Portrait of San Francisco