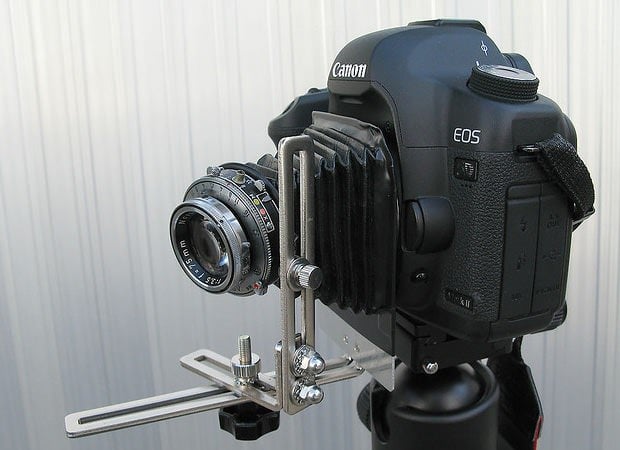 Flickr user Alex12Ga turned his Canon 5D Mark II into a DIY digital view camera by mounting a Novar-Anastigmat 75mm f/3.5 lens from 1949 with its original bellows. He mounted the bellows to his camera using an aluminum plate and an EOS mount ring that he salvaged from a broken Sigma lens.


Here’s a photo he took using the setup showing an intersection transformed into a miniature world: 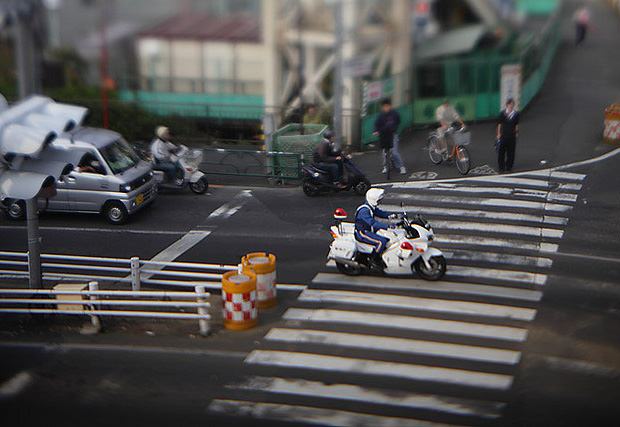 It’s a much cooler way to shoot tilt-shift photos than simply faking the effect in Photoshop or some cell phone app.

Image credit: Photographs by Alex12Ga and used with permission