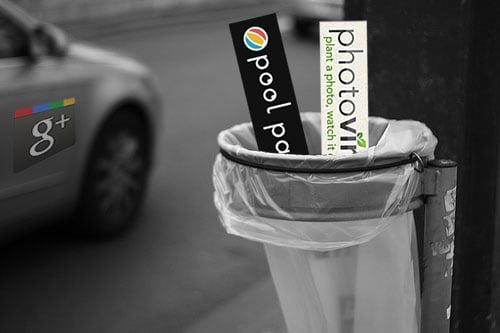 Well, that was fast. Just a week after opening up its Photovine photo sharing app to the public, Google is now planning to kill it off, along with its second — and not-yet-launched — app Pool Party. Google is planning to focus its photo-sharing efforts on Google+, and will be shutting down Slide, the company behind the apps, which Google acquired last August for $200 million. The Slide employees were developing the apps independently, which explains why they were being made for iOS initially and not Google’s Android. If you’ve already begun using Photovine, you’ll have a few months to preserve your data from the service before it’s shuttered.