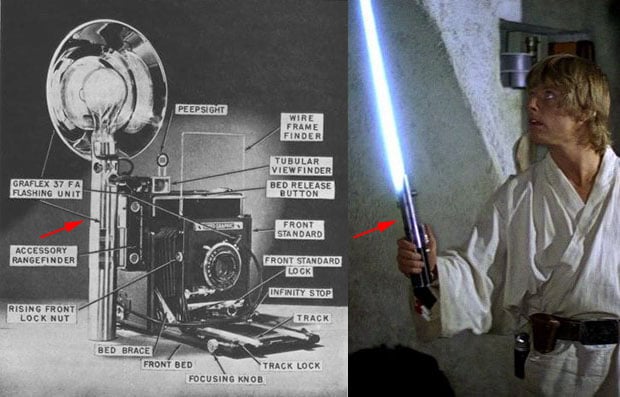 Did you know that the original Star Wars lightsaber was made using antique camera parts?

For A New Hope, the original film prop hilts were constructed by John Stears from old press camera flash battery packs and other pieces of hardware. [#] The 3-cell Graflex flashgun was modified and used as the prop for Luke Skywalker’s lightsaber in Star Wars: A New Hope and The Empire Strikes Back. A black grip was added and the circular bulb housing was obviously removed, but little else was changed to create the lightsaber prop. [#]

Do a search on eBay and you’ll find plenty of people selling these flash units as “lightsabers”.

The Amazing Courage and Tenacity of a Conflict Photographer