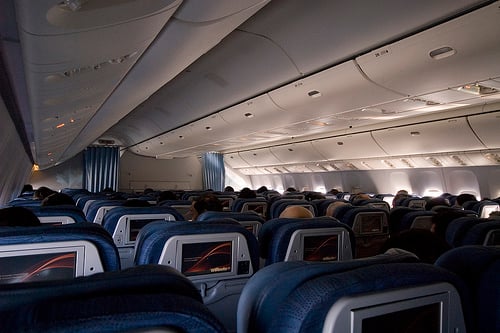 Last week a United Airlines flight out of Denver International Airport was returned to the gate after being ready for takeoff when a passenger noticed “suspicious behavior” and notified a flight attendant. The plane was evacuated and swept for suspicious devices, the suspicious passengers were taken and questioned, and the flight was delayed by 2.5 hours. Now it’s believed that the passengers were simply taking pictures during taxiing, though the fact that two of the picture takers were of Middle Eastern descent likely had something to do with the “suspiciousness”.

Thanks for the tip Eugene!