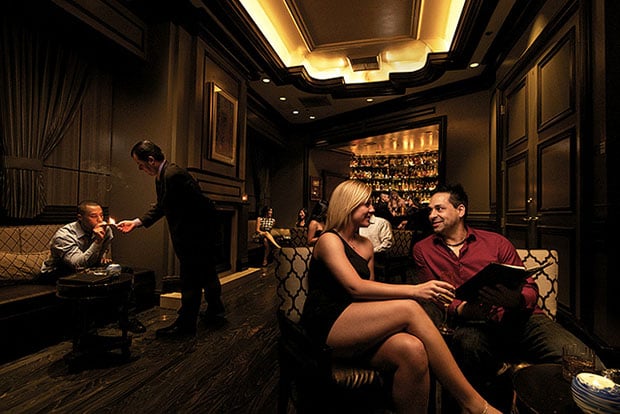 Photographer Joey Celis needed to shoot a photograph of eleven people in a dimly lit cigar lounge, but found it difficult to light the models without having lighting gear appear in the shot. In the end, he was able to make the image above with a single Speedlite.


His trick was to shoot each group of people separately and combine the photographs together. This video demonstrates the process:

In the video you can see I’m actually using a gridded softbox on a boom with a CTO’d speedlight triggered by some trusty PocketWizards.

The gridded softbox allowed me to have a much more focused beam of light. The CTO helped match the room/ambient light and to give it a much warmer color than without one. [#]

Image credit: Photograph by Joey Celis and used with permission