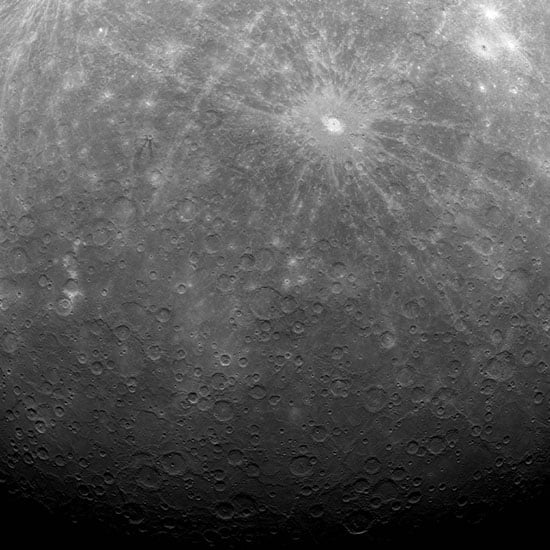 After a seven year journey that involved being slingshotted around the planets in our solar system, NASA’s MESSENGER probe entered Mercury’s orbit on March 17th, 2011. Yesterday the probe beamed back the first photograph ever taken of the planet from orbit (seen above).

Early this morning, at 5:20 am EDT, MESSENGER captured this historic image of Mercury. This image is the first ever obtained from a spacecraft in orbit about the Solar System’s innermost planet. Over the subsequent six hours, MESSENGER acquired an additional 363 images before downlinking some of the data to Earth.[#]

Photography will be playing a big role in MESSENGER’s mission — NASA will be using it to shoot tens of thousands of photographs of the planet. You can follow its progress on this Flickr set, which includes a color version of the above photo.