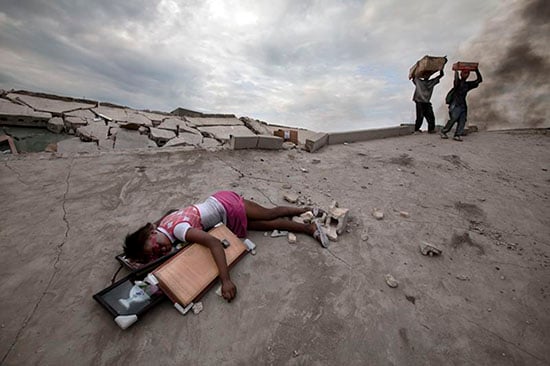 During the aftermath of the devastating earthquake in Haiti, a number of images that became widely discussed were of 15-year-old Fabienne Cherisma, who was shot and killed by police after looting two plastic chairs and three framed pictures. One of these photographs (shown above), captured by photographer Paul Hansen, was recently chosen as the best International News Image at the Swedish Picture of the Year Awards. There was soon a good deal of discussion in the Swedish media over the ethics of such an image.


At the center of the controversy is an image made by photographer Nathan Weber, showing a group of photographers crowded around the body: 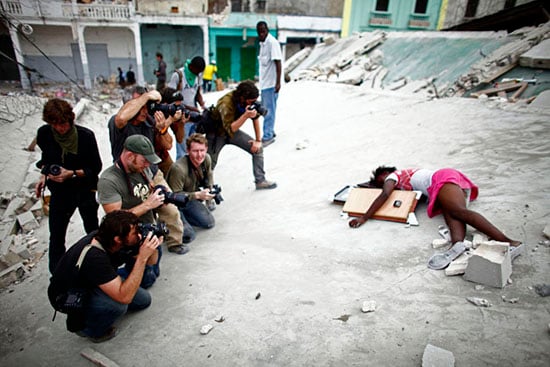 This behind-the-scenes look depicting photojournalists crowded around the scene of a tragic incident (continuing even after the family arrived and were grieving) shows what commonly needs to take place for the powerful images you see on the front page of newspapers and magazines.

What is your opinion on the ethics of this photograph? Should Hansen’s photograph have been selected for the award?