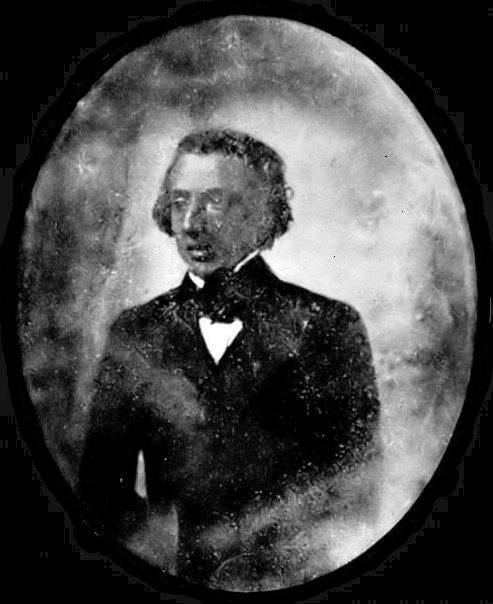 A Polish collector claims he’s found an extremely rare daguerrotype of composer and pianist Frédéric Chopin, taken in his final repose in 1849.

If the image is authentic, it would be one of only three photographs of the composer, including the image of him alive in 1846, above. And it would be the only known original daguerrotype in existence — all other images are duplicates.

The owner of the image, Wladyslaw Zuchowski, naturally stands by the daguerrotype’s authenticity, citing that the image bears Chopin’s name, the year he died and the stamp of photographer Louis Auguste Bisson, who photographed the ailing composer  days before he died.

However, the Associated Press quotes some experts who dispute the legitimacy of the image, noting that Bisson never stamped his image and that there is no historical record of anyone taking Chopin’s photograph post-mortem — a process that would have taken many hours.

(via the Associated Press)