Photography and Lego, being two of my big hobbies, I knew I had to combine the two and make a lego pinhole camera. The design is mine, however when I was researching online, I discovered this Shutter Mechanism, and decided to use a modified version of it in my camera.

The camera breaks apart into the two pieces, and the light-sensitive photopaper goes in the back and is taped. The next picture shows examples of a few images I’ve captured with the camera.

I’ve done extensive work to make it light-tight, but it’s really still all pure Lego. It’s only electrical tape lining the inside where I’ve found that light gets in. [#]

Here are some photographs Lewis shot with the camera: 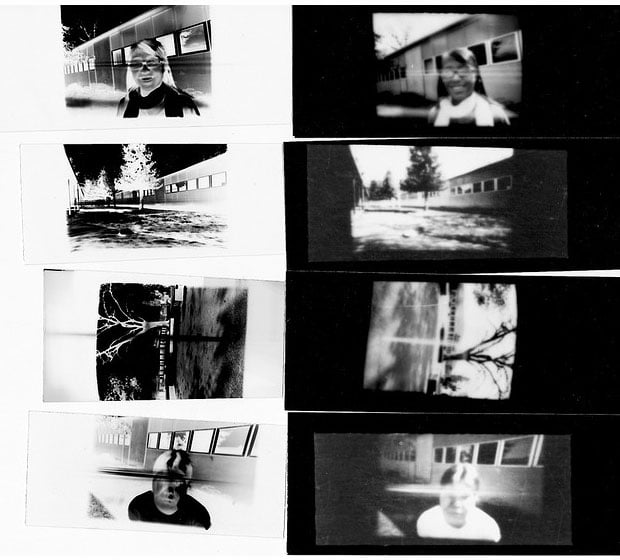 Onced the prints are developed and dried, I’ll make a postitive of the negative image by Contact Printing.

The camera isn’t completely light-tight because of the unique shutter mechanism, but I’ve made it much more so than it originally was through testing. The black lines across the negatives, and white on the positives is a light leak where the print was overexposed in one spot. [#]

If you’d like to build your own, check out this step-by-step guide.

Image credits: Photographs by Chase Lewis and used with permission