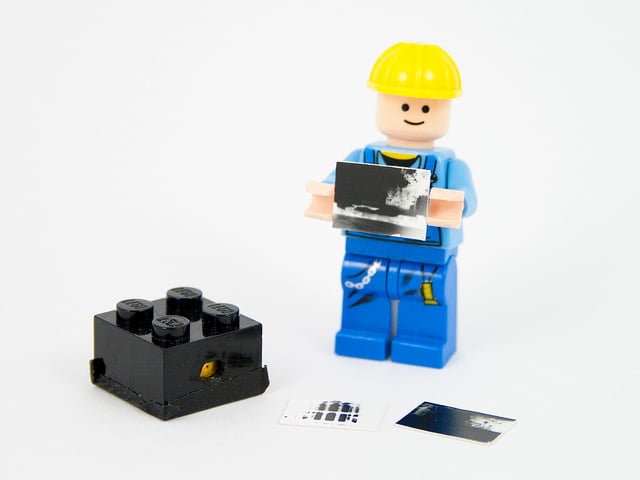 We’ve seen and shared LEGO cameras before, but never before today have we seen a camera made from a single 2×2 stud LEGO brick. That, however, is what a Colorado State student recently managed to create.

Ryan Howerter is a graphic design student at CSU, and he was inspired to create the teeny LEGO pinhole camera after he learned about this pinenut pinhole camera named the Pinholo.

“Being a fan of Lego bricks, I had to carry this idea to its logical conclusion,” he told CNET. And that’s just what he did.

Here’s a closer look at the camera and that photo of a tree the little guy up top is holding: 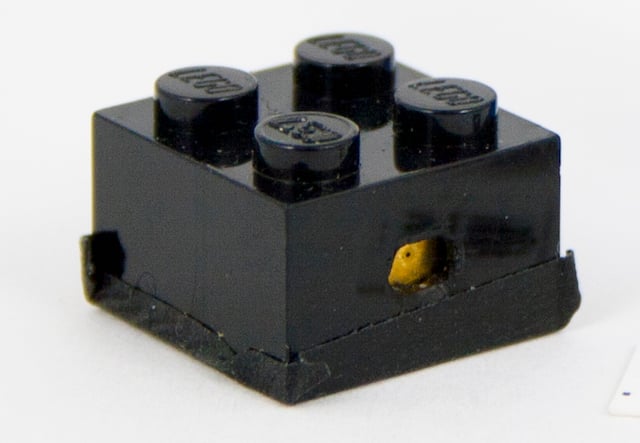 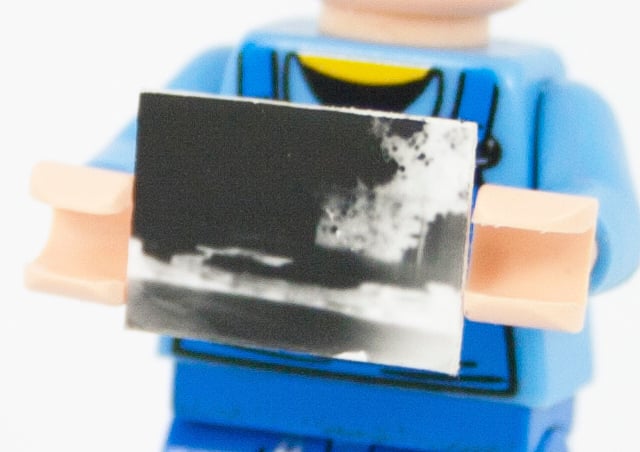 You can create this yourself, of course. In the description on his Flickr profile, Howerter describes the simple camera:

It’s just a piece of brass shim with a pinhole cut in it, with tape to cover the bottom of the brick. The brick’s tube has been cut out, and the photo paper just rests in the back of the brick.

It can even shoot film, but Howerter says he’s not yet been able to properly develop a piece of film that tiny, so he’s had to stick to photographic paper for his ‘prints.’

GoPro Vs. Golf Club: See if a Naked GoPro Can Survive a Swing from a 9 Iron