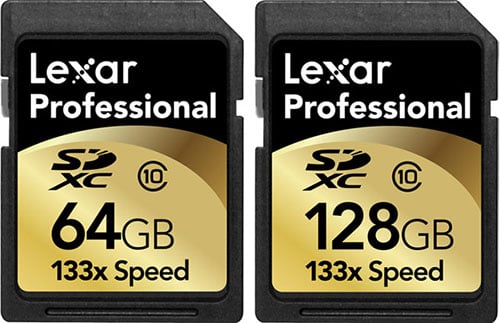 Lexar has announced two new SDXC memory cards ahead of CES 2011 that tip the scales at a whopping 64GB and 128GB. The Class 10 cards have transfer speeds of up to 20MB/s, meaning a full 128GB card would take nearly 2 hours to unload. Ordinary photographers won’t likely need storage capacities anywhere near what these cards offer, but people who work primarily with HD video may find these sizes useful. The capacities aren’t the only way these cards are massive — the costs are up there as well, with the 64GB priced at $400 and the 128GB at $700. They’ll hit the market sometime in early 2011.

Politician Accidentally Captures His Own Assassin on Camera

A Look at How Memory Cards are Made