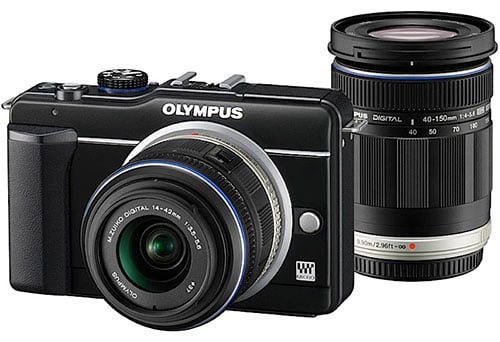 Olympus recently suggested that they would be going “all in” with EVIL cameras and pulling out of the DSLR game, and today they announced a new camera that has slightly better features and one extra letter than the E-PL1. The E-PL1s is virtually identical to its 12.3 megapixel “s”-less counterpart, except it has ISO upgraded from 3200 to 6400, a new battery, and a lighter body. The body itself weighs only 342g, compared to 700+g DSLR bodies. It’ll be available exclusively in Japan come April in red, white, or black, and bundled with a new 14-42mm II f/3.5-5.6 lens.

Adobe Photoshop CS4 in the Age of Floppy Disks

Camera Strap that Doubles as an LCD Screen Glare Shield