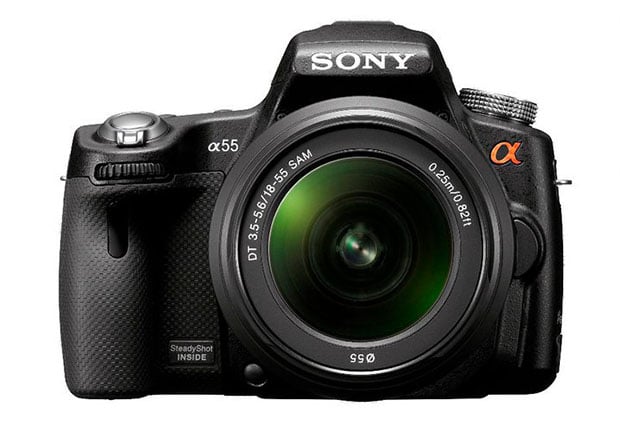 TIME magazine has named the Sony Alpha A55 as one of the top 50 inventions of 2010. They write,

A.K.A. the camera that never blinks. Traditional digital SLR cameras take the nicest photographs around, but they’re hobbled by a decades-old technical limitation: when you snap a picture, the mirror that’s been redirecting the image to your eye and to a focusing sensor pops up momentarily as the image is captured. Until it goes back down, the camera can’t focus. Sony’s Alpha A55 ($849.99 with lens) fixes that with an ingenious translucent mirror that stays put. That means you can shoot up to 10 perfectly focused photos a second and record HD video that never goes blurry. Bonus advantage: with no need to allocate interior space for a moving mirror, the Alpha is noticeably smaller and lighter than its Sony SLR brethren.