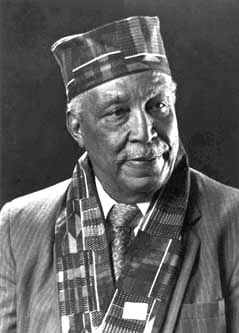 Some of the most raw, intimate and iconic photographs of the Civil Rights Movement were taken by photojournalist Ernest C. Withers. He was present during the entire Emmett Till trial, when Martin Luther King, Jr. rode the first desegregated bus, and in the hotel room where Dr. King was assassinated. Many civil rights activists would cite Withers’ images as key to informing America of their plight and fight for equality.

But recent reports by Memphis publication The Commercial Appeal indicate that Withers, who passed away in 2007, was also informing the FBI — on their payroll.

The Commercial Appeal posted documents indicating that while Withers was photographing key members of the movement, he was also acting eyes and ears for a now inoperative wing of the FBI that heavily tracked civil rights activists.

Due to a clerical error revealing Withers’ informant number, reporters at The Commercial Appeal were able to connect Withers’ name to informant activities.

While it was common for many involved in the civil rights movement to be taken into custody, interviewed and written down as informants, the documents show that Withers was actually receiving pay for the intimate information he yielded from 1968 to 1970 — including information on Dr. King’s activities prior to his death, as well as intimate statements made by other leaders.

Civil rights leaders have responded to the revelation with a mixture of dismay, sadness and disbelief. “If this is true, then Ernie abused our friendship,” said the Rev. James M. Lawson Jr., a retired minister who organized civil rights rallies throughout the South in the 1960s.

Others were more forgiving. “It’s not surprising,” said Andrew Young, a civil rights organizer who later became mayor of Atlanta. “We knew that everything we did was bugged, although we didn’t suspect Withers individually.”

Still, others feel that Withers’ work with the FBI does not diminish the power of his images on America. Young also told The Commercial Appeal that Withers was likable, and that the information, aside from images, Withers may have given was easily accessed by almost anyone since the movement was very open.”I don’t think Dr. King would have minded him making a little money on the side,” Young said.

(via The Commercial Appeal)

Canon Announces the G12 and SX30IS