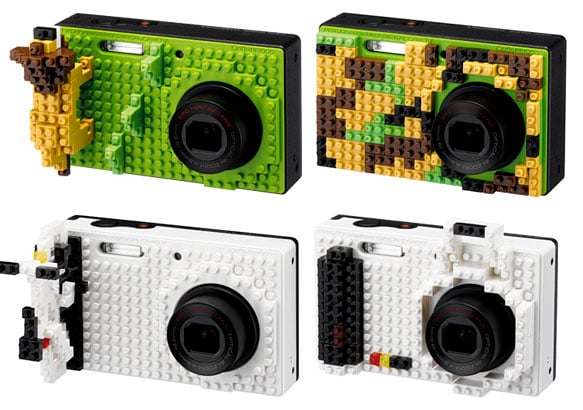 Pentax is trying all sorts of ways to differentiate its cameras from the 800-pound gorillas in the camera market, and apparently thinks customization is the best way to go. After allowing customizer the colors on traditionally boring-looking DSLRs with their K-x, they’ve just announced two new compact cameras that allow users to choose their own style.


The new NB1000 (Shown above. NB stands for Nanoblock) is a camera that has a surface that resembles a LEGO plate, allowing all sorts of weird camera designs and shapes via special LEGO-esque Nanoblocks. For example, you could turn your compact camera into what looks roughly like a DSLR if you wanted to. Or you could just attach random animals to the face of your camera… 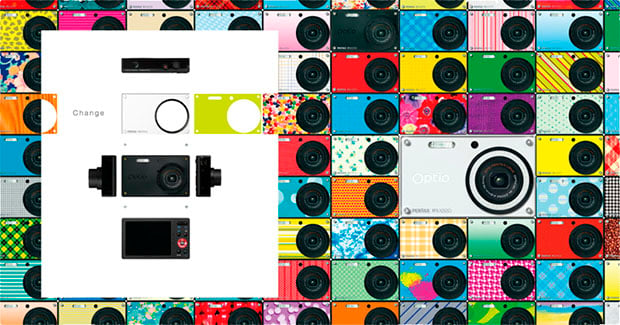 Pentax also announced the RS1000, a camera that comes with a clear faceplate that allows you to use customized skins. The camera ships with 11 different skins included, and also a program called Pentax Personal Skin Designer that allows you to design and print your own skins.

I wonder how many people will buy this camera and skin it to look like some other camera.

The camera will be available starting in October for $150.

P.S. In case you’re interested in the not-very-exciting specs, here they are: the NB1000 and RS1000 are both 14 megapixel cameras with HD video recording and a 3 inch LCDs.