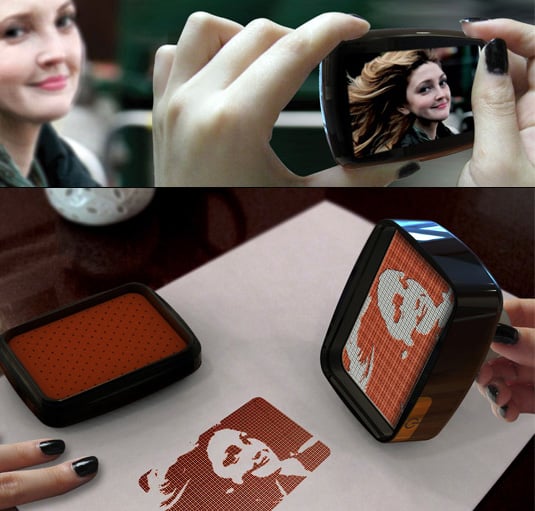 What if you could have a rubber stamp that had a built in camera, allowing it to instantly change the stamp design to “print” a photograph? Would it be a stamp camera or a camera stamp? Either way, we think it’s a nifty idea!

The Stampy Digital Camera is a concept camera by Jinhee Kim that has a lens built into the handle and an LCD built into the base. Here’s a breakdown of the components:

Too bad it’s only a concept, eh? Do you think we’ll see anything like this anytime in the near future?

Photozini Helps You Easily Make a Magazine from Your Photos