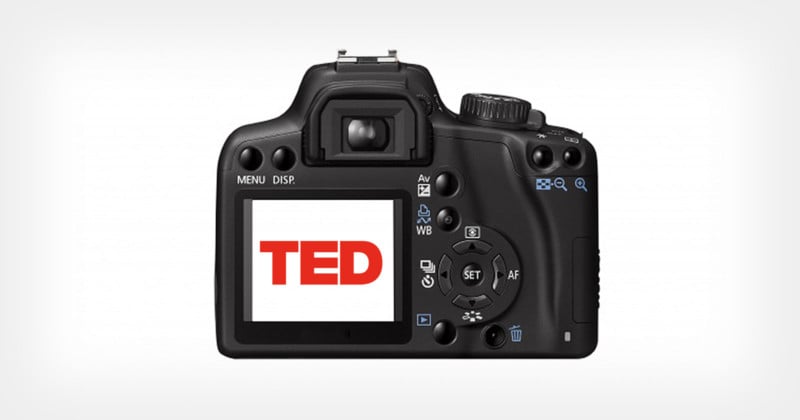 TED has some of the most interesting talks you’ll find on the web, with topics ranging from how diet can prevent cancer to demonstrations of amazing new photo technology. They also have a great collection of talks by photographers, and we’ve compiled a list of 14 of them here. These short talks are eye-opening, jaw-dropping, and often quite moving.


You might want to bookmark this page to take them in slowly when you have some free minutes here and there. If you know of any other talks that we didn’t include in this list, please share it with us in the comments!

David Griffin on how photography connects us

The photo director for National Geographic, David Griffin knows the power of photography to connect us to our world. In a talk filled with glorious images, he talks about how we all use photos to tell our stories.

Photographs do more than document history — they make it. At TED University, Jonathan Klein of Getty Images shows some of the most iconic, and talks about what happens when a generation sees an image so powerful it can’t look away — or back.

Taryn Simon exhibits her startling take on photography — to reveal worlds and people we would never see otherwise. She shares two projects: one documents otherworldly locations typically kept secret from the public, the other involves haunting portraits of men convicted for crimes they did not commit.

In this stunning slideshow, celebrated nature photographer Frans Lanting presents The LIFE Project, a poetic collection of photographs that tell the story of our planet, from its eruptive beginnings to its present diversity.

In stunning large-format photographs, Edward Burtynsky follows the path of oil through modern society, from wellhead to pipeline to car engine — and then beyond to the projected peak-oil endgame.

Nick Veasey shows outsized X-ray images that reveal the otherworldly inner workings of familiar objects — from the geometry of a wildflower to the anatomy of a Boeing 747. Producing these photos is dangerous and painstaking, but the reward is a superpower: looking at what the human eye can’t see.

In this image-filled talk, Yann Arthus-Bertrand displays his three most recent projects on humanity and our habitat — stunning aerial photographs in his series “The Earth From Above,” personal interviews from around the globe featured in his web project “6 billion Others,” and his soon-to-be-released movie, “Home,” which documents human impact on the environment through breathtaking video.

In this moving talk, documentary photographer Kristen Ashburn shares unforgettable images of the human impact of AIDS in Africa.

Ryan Lobo has traveled the world, taking photographs that tell stories of unusual human lives. In this haunting talk, he reframes controversial subjects with empathy, so that we see the pain of a Liberian war criminal, the quiet strength of UN women peacekeepers and the perseverance of Delhi’s underappreciated firefighters.

Artist Chris Jordan shows us an arresting view of what Western culture looks like. His supersized images picture some almost unimaginable statistics — like the astonishing number of paper cups we use every single day.

Rick Smolan tells the story of a girl

Photographer Rick Smolan tells the unforgettable story of a young Amerasian girl, a fateful photograph, and an adoption saga with a twist.

With stunning photos and stories, National Geographic Explorer Wade Davis celebrates the extraordinary diversity of the world’s indigenous cultures, which are disappearing from the planet at an alarming rate.

Photographer Phil Borges shows rarely seen images of people from the mountains of Dharamsala, India, and the jungles of the Ecuadorean Amazon. In documenting these endangered cultures, he intends to help preserve them.

The embed code for this talk is broken, but you can click the image to watch this talk on the TED website:

Accepting his 2007 TED Prize, war photographer James Nachtwey shows his life’s work and asks TED to help him continue telling the story with innovative, exciting uses of news photography in the digital era.