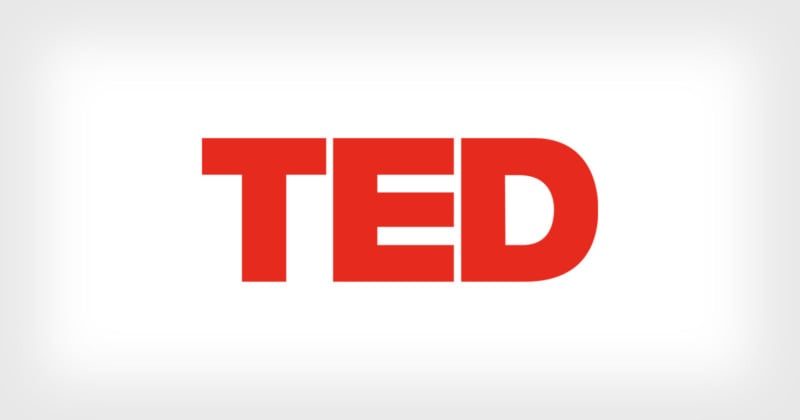 A photographer has accused the popular American media organization TED of requesting that he list a photo as Creative Commons with attribution and then failing to abide by those copyright rules.

TED — which stands for Technology, Entertainment, Design — hosts speaking engagements that are distributed online for free under the slogan “ideas worth spreading.” According to photographer Paul Clarke, the organization forces photographers to list any photos of a TED event as creative commons, but fails to abide by those rules.

Photographers are generally discouraged from working for free as many argue it devalues the industry, but Clarke explains that sometimes photographers choose to do so for a number of reasons.

“As photographers, we tread a fine line between wanting our work to be seen, and wanting to be treated fairly. We want to avoid being exploited and try and ensure that we get some benefit from sharing our work,” Clarke says. “Sometimes this benefit is measured in money, but sometimes we genuinely want to work with, or take photos of, something that’s of benefit in other ways. And sometimes our access to interesting subjects is based on an understanding that we’ll share the photos.

“When this happens, Creative Commons (CC) licensing gives us a recognized way of protecting our interests. In its simplest form, it allows others to use the photograph provided the attribute it properly: identifying the creator, and signifying that it’s used under a ‘CC license.'”

The issue isn’t that Clarke was asked to share the photos for free, but how TED failed to keep up its end of the bargain.

“The guidance on photography is pretty clear,” Clarke tells PetaPixel. “Anyone photographing a TEDx event is supposed to complete this release form. It’s pretty broad-ranging in what it asks for, but it makes clear that you have to give the TED organization a whole lot of rights to use your work.”

“In 2012 the poet Lemn Sissay spoke at TEDxHousesOfParliament in London. I knew the organizer, and was in the audience as a guest. I took some photos — at that time, still developing my commercial photography business — and I was asked if I’d contribute them under CC. There was no talk of a release form. I agreed and put them on Flickr with various tags relating to TED and the event as requested, gave them a CC license.” he says.

Clarke says that Lemn’s talk turned out to be a big hit on TED and earned a place on the TED site. At the time of publication, the video had amassed over 970,000 views on the platform.

“And that’s my picture, used as the holding image for his video,” Clarke says. “While there’s space to credit the transcriber and reviewer, there’s no attribution for the photo.”

Clarke argues that this is a clear breach of the permitted usage.

“It constitutes a breach of my copyright — I’m still waiting for TED to respond to my message of 5 January 2020 as to precisely what licensing they think they’re using it under,” he says. “I looked at other pages on the main TED site and saw that they don’t attribute photography anywhere that I could find. There’s clearly space on the pages to do it; they are just choosing not to.”

Depressing to note that TED (of the talks) while insisting(!) on CC licensing of photos of their events, don't observe the attribution requirement when they use them on their own site. Putting them in breach of copyright and subject to action for recovery of damages.

“I believe that TED and any of its ‘TED Parties’ is obligated to abide by Creative Commons licensing to provide attribution,” Mickey Osterreicher, General Counsel for the National Press Photographer’s Association (NPAA) tells PetaPixel in reference to TED’s contract. “The question, as I see it, is that the terms of this ‘release’ do not specify which CC license is applicable.”

That said, Osterreicher does point out that all six Creative Commons licenses require attribution.

“Each becomes increasingly more restrictive, but all retain the minimum attribution requirement,” he says.

Clarke filed his photo under the Creative Commons license CC BY-NC-ND 2.0, which states that the photo can be distributed for non-commercial purposes as long as it is given appropriate credit.

“The situation highlights a real point about how many times photographers are told that an organization does not have a budget, but they’ll give you credit,” Osterreicher said on the general subject of permission, credit, and compensation. “And then the number of times that photographers are willing to accept those terms, and they don’t even get that.”

Osterreicher says that organizations generally deeply devalue photography even though it is primarily responsible for drawing eyes to a subject.

“They don’t realize that it’s the image that drives the page view online. It’s the image that was above the fold on the newspaper that got the people to buy it along with the headline,” he says. “When it comes to providing that credit, what does it cost to them to do it?”

Not providing credit, especially in an area that is clearly designed for it seems easy and cheap for TED, yet the organization still does not do it.

“I don’t know what the excuse is that they are not providing credit other than they couldn’t care less. It’s unfortunately a general attitude,” Osterreicher continues. “[Years ago] I worked at a newspaper and photographers were treated like second-class citizens and I don’t think that has changed much.”

TED did not respond to PetaPixel’s request for comment, and the photo remained uncredited at the time of publication.

While Clarke could sue for damages, he says that the track record for seeking damages for breach of creative commons copyright is not a good one.

“There are some precedents, and some awards have been made, but some courts take the view that as the photographer has de facto valued the commercial rate for the image at ‘zero’, then compensation gets pegged to that,” he says.

“What is the value of the photo had he decided to license the image? The courts will have to determine what the actual damage is, which is complicated and inconsistent,” Osterricher says.

Clarke says he finds TED’s actions, or lack of action, “shameful” for a high-profile organization that preaches the value of sharing.

“Their use will have given them some value, but it gave absolutely none to me,” he says.