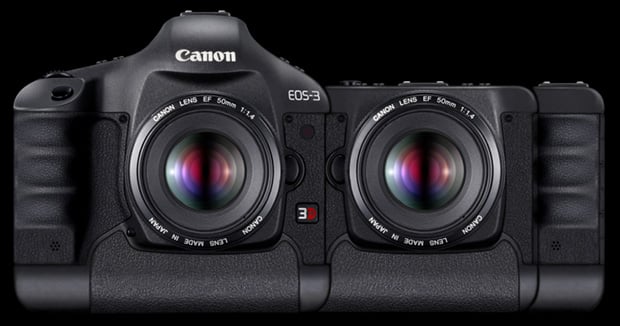 3D photography hasn’t arrived in the consumer DSLR world yet, and existing setups require combining two DSLR cameras. What would a 3D-capable DSLR system look like?

Photographer Dean Francis has created a conceptual mockup of the Canon EOS 3D, a DSLR that can either be used as a traditional DSLR, or can be used for 3D photography by attaching an additional module containing a lens and sensor. Another grip module can also be added to the end to make two handed shooting easier.

Here’s what the system looks like when each piece is separate: 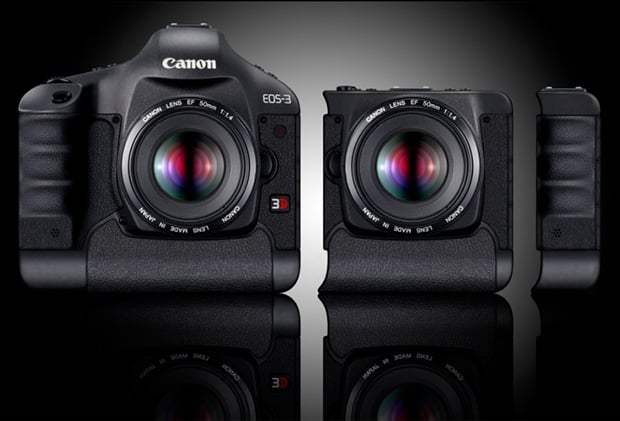 To see the mockup in full screen as a flash animation, check out Francis’ website.

With the recent craze in 3D imaging and display technologies, do you think a 3D DSLR system like this might be announced sometime in the near future?