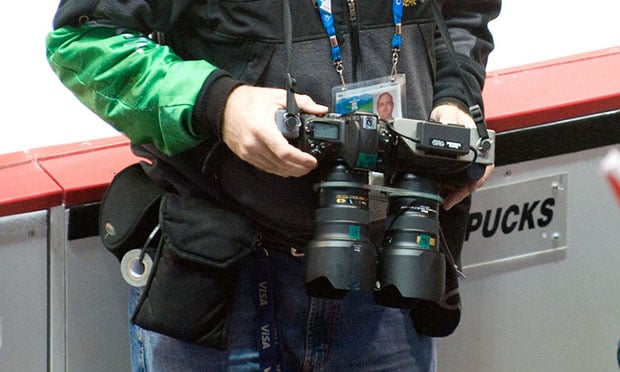 About a week ago at the 2010 Vancouver Olympics, Russ Beinder caught a Sports Illustrated photographer at the hockey rink with a pretty interesting gear setup:

I think this is David Klutho uberphotog from Sports Illustrated. He has what appears to be two Nikon D700 cameras “glued” together with a 24-70mm f/2.8G attached. I am guessing there is some custom eletronics to synchronize the exposure and focus between the two. The little black box on the camera on the right has a cable running in one side and out the other. It has a simple toggle switch and what appears to be a indicator light. He was taking shots into the crowd.

Here’s the original shot by Beinder: 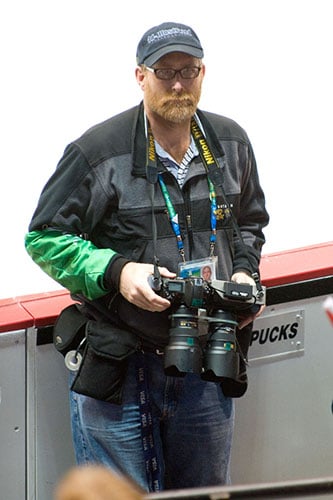 He also notes that David Klutho has previously published a 3D photography book.

Does anyone know if you can buy the setup that allows the two cameras to be controlled simultaneously?