Aside from having a good eye and using correct technique, another way to make it more likely you’ll capture the perfect photograph is by shooting a lot. When acclaimed street photographer Gary Winogrand died in 1984, he left thousands of undeveloped rolls of film and unprinted negatives. This isn’t uncommon among both the historical greats of photography, and the best photographers today.

Ask around, and photographers will tell you that an outing during which hundreds of frames were shot might only result in one quality image, and that a lifetime of shooting might only produce a handful of masterpieces. For every jaw-dropping photograph that you see, there are almost certainly countless frames from the same shoot that were omitted.

The benefits of consistent and repetitive shooting can be difficult to demonstrate visually, but is much easier with video. Thus, we’ve compiled a list of mind-boggling videos demonstrating how the impossible can and is achieved through dedication and repetition. Hopefully you can apply the same dedication to your photography!

These videos have millions of views already, and show a basketball shot made from the 3rd deck of the Texas A&M football stadium. I wonder how many attempts (and trips carrying basketballs up to the 3rd deck) it took.

Another video by the same guys at Texas A&M. This is a compilation of crazy basketball trick shots that must have taken an eternity to produce. For more of their videos, search for Dude Perfect on YouTube. 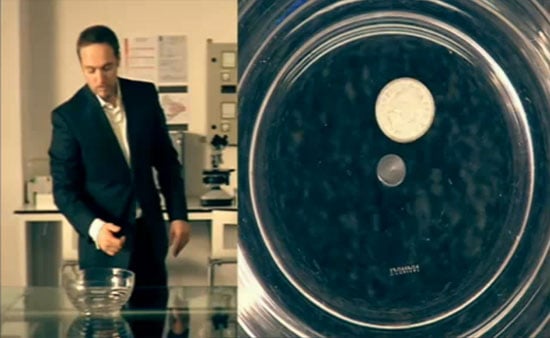 Video embedding is disabled for this video, so you’ll have to watch it on YouTube. In it, Derren Brown flips a normal coin 10 times, and the coin somehow lands on “heads” every single time.

Here’s another similar video in which 7 coins are dropped into a can and they all land heads.

Some of these shots are even more mind-boggling than the Dude Perfect ones.

It’s interesting how this repetition technique can make it appear as if you typed a cheat code into life.

You might want to watch the next video first (it’s the sequel to this one), since it’s a little cooler and more polished. This video is a good example of the crazy things you can seemingly accomplish simply through persistence and repetition.

Hopefully these videos, though a little unrelated to photography in themselves, inspired you to shoot more. Amazing photography comes about through persistence, repetition, and a measure of good ol’ chance.

If at first you don’t succeed,
Try, try, try again.