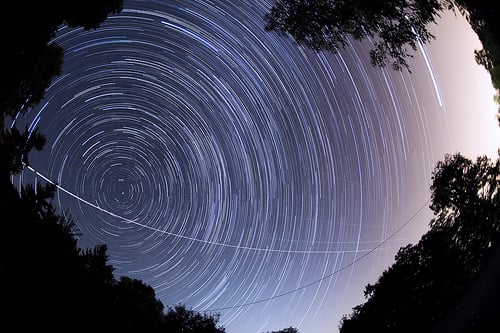 Keep your eyes on the sky — NASA says next week’s Leonid Meteor Shower may be the best of its kind in years.

The meteor shower, which will peak on November 17th at around 1am PST (4am EST) over the Americas, coincides with the new moon phase. In other words, the stars will appear brighter and meteors will be easier to spot–and photograph.

Meteor shower photography takes a bit of planning and consideration, but we’ve summarized and compiled some tips and resources to start you off.

Check the Clear Sky Chart for your geographic area to see where and when the night sky is most visible. Various factors affect visibility, such as clouds, the position of the sun, and transparency of the atmosphere (affected by variable amounts of water vapor).

Avoiding light pollution, or excessive artificial light, can also increase the relative darkness of the night sky, and more heavenly bodies are visible. Head towards the desert, mountains, farmlands, or a clearing in the park–anywhere with fewer people and street lights– for reduced light pollution.

Most astrophotographers recommend at the very least:

If you’ve got it, bring:

Aim towards the Leo constellation and Mars.

Note that stars move during the night, so stars will streak naturally in long exposures.

Check out the Wired how-to wiki for an overview of star photographs.

Spaceweather.com has a helpful meteor photo gallery in which several photographers included the settings on which they shot.

Astrophotographer Doug Murray also offers his film shooting tips, which can be applied to digital as well.

Dpreview.com also has a forum with helpful tips on shooting meteors, asteroids, and comets.

Happy shooting, and enjoy the view!

Interview with Alan Taylor of The Big Picture

Why You Should Never Let Browsers Resize Your Photos