Here’s a photograph I randomly snapped on a tennis court a few days ago: 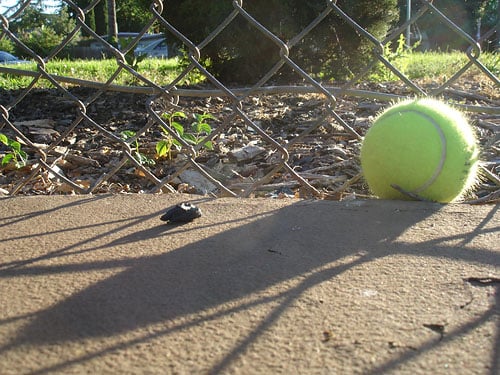 It was taken with my Sony DSC-P200, a 7.2 megapixel point-and-shoot camera released back in 2005. Compared to my Canon 40D, the image quality is much less contrasty, and much duller. One of the things I like to do to quickly and easily improve photos from the P200 is to process the JPEGs in Adobe Camera Raw as though they were RAW files (though it’s less flexible compared to if you shot a RAW file).

In Adobe Bridge, you can right click the photograph and click “Open in Camera Raw…”, or press Ctrl+R. This allows you to use the sliders and tools provided by ACR rather than processing the JPEG in Photoshop. 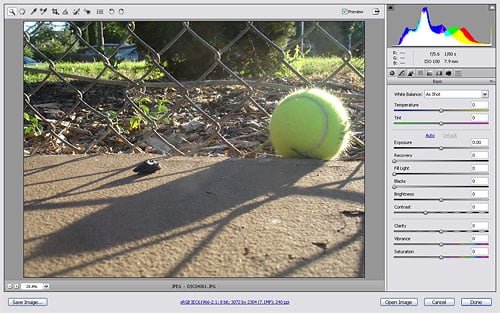 For this particular photograph, I made the following edits:

White Balance and Exposure : Unchanged. I liked the warm look of the photo, and the exposure looked fine.
Recovery: +50. Certain areas of the photograph were clipped due to the harsh sunlight. By sliding recovery upwards I can get some of the detail back in those areas (like the glow on the side of the tennis ball).
Fill Light: +20. I wanted to boost some of the shadow areas to make the difference between shadow and highlight less pronounced. Moving recovery and fill light up helps to even out this difference. Careful though… too much of either will make your photograph look either murky or strange.
Blacks: +10. Look at the photograph. There doesn’t seem to be any black, and everything’s gray. Increase the black point to where the darkest of those gray pixels become black.
Contrast: +70. We lost a lot of contrast when evening out the shadows and highlights via the recovery and fill light sliders. Get this contrast back with the contrast slider (or the tone curve section for more control).
Clarity: +30. For photographs with a murkiness due to near-direct sunlight, I’ve found that increasing clarity helps to improve the look of certain areas, like the hairs of the tennis ball.
Vibrance and Saturation: Unchanged. I could have dropped one of them to make the colors more natural, but I liked how it looks a little over-saturated.

Here’s the final condition of these main sliders: 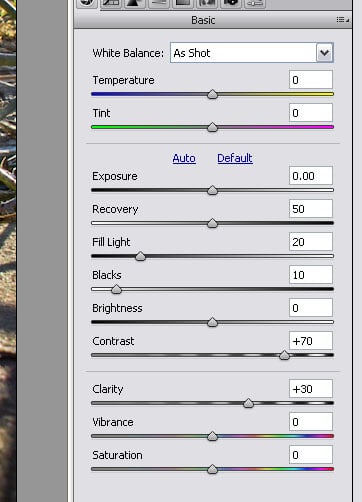 I also did sharpening amount +80 and lens vignetting -50.

Here’s the final result of fiddling with 7 sliders total in ACR (hover over it to compare it to the untouched image): 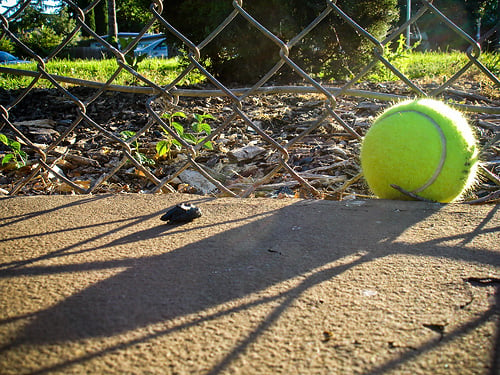 Using Adobe Camera Raw (or Lightroom/Aperture) to post-process your JPGs is a really quick and easy way to give them an extra boost.

If you have any questions, comments, or suggestions, please leave a comment!

See you all next Monday, when we post an interview with Otto Kitchens.

Interview with Jonathan Greenwald of Shrued