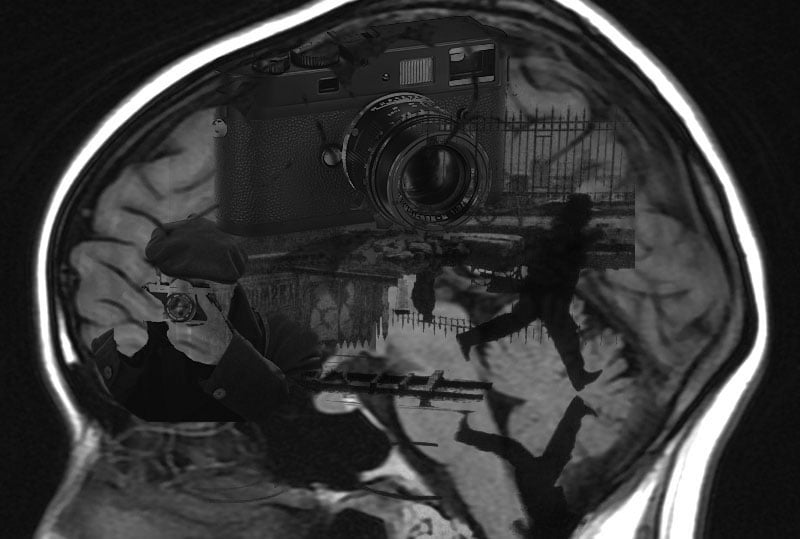 
Bresson made a great impact on photography, in part, due to his ability to capture such moments. The time between observing, composing, and shooting must occur with foresight and instinct, or as Bresson said:

Your eye must see a composition or an expression that life itself offers you, and you must know with intuition when to click the camera.

Bresson highlights two important skills that a competent photographer needs: knowing and intuiting.  Knowing requires conscious attention and it is intentional. Intuition is immediate and does not require conscious reasoning. Conscious awareness occurs alongside unconscious processing. Both are required to release the shutter at the right place and time to capture the decisive moment.

It may seem like I’m making an obvious point convoluted. However, we are often unaware of how our conscious and unconscious awareness interact and how this affects our perceptions and behavior.

I will also show that when motor skills and visual perceptions are highly developed, they work together and allow the photographer to know with intuition.  That is, there is a tremendous amount of effort required to develop motor and visual skills at the conscious and unconscious level, such that they work together and allow for the photographer to capture the decisive moment. 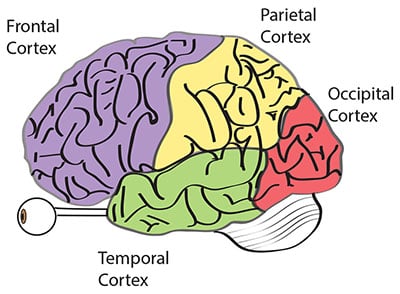 An enormous amount of attention is required when first learning any motor task, such as walking, riding a bike, or learning how to control a camera. Neuroscientists call this type of motor skill development procedural learning. Eventually the focus given to procedural learning decreases and becomes automatic (i.e., unconscious). 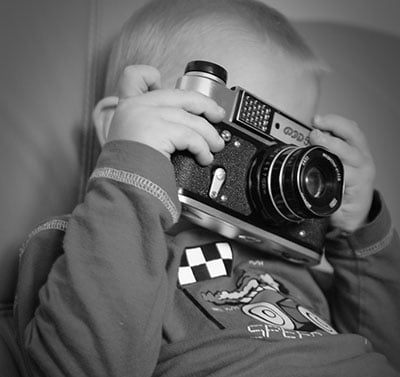 For example, the first time you take a photo, you must learn how hold the camera. Holding a camera is intuitive, but it’s necessary to know where to place your fingers, where to stand when taking a shot, how to control the lens focus (assuming its manual), advancing the film (again, I’m making an assumption), framing the image, making sure the lens cap is off, moving your thumb out of the way of the lens, knowing what buttons to press without looking at them (e.g., the Fn button), and so on. 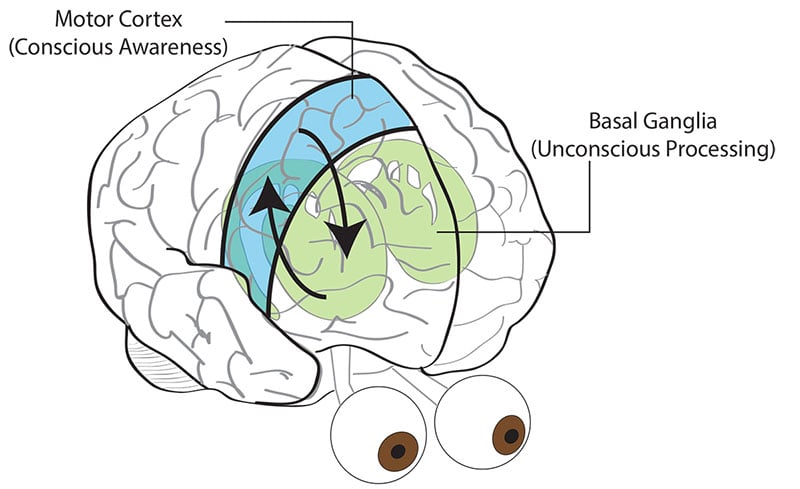 When motor skills related to a specific task are learned, the motor cortex disengages, and the unconscious processing of the basal ganglia carries out the motor behaviors. What’s interesting is that once this motor skill is unconscious, trying to be conscious of the motor skill often impairs performance. Pretend that you’re walking. Now think about how you walk. Does your right hand move with your right leg, or does it move with the opposite leg? Simply being aware of this as you walk often trips people up. Basically, you don’t need to overthink what you already know.

When basic motor procedures are learned then attention can be directed towards other important skills, like composition or anticipating events in your environment. 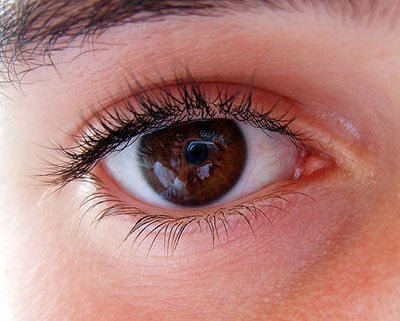 Vision requires light signals from the environment to activate the photoreceptors in the eye, which causes activity of the brain’s visual system (see a previous article for a detailed explanation). Light activates the subcortical structures of visual processing, which in turn activate the primary visual cortex.

It is thought that the primary visual cortex is the first sight where we begin to have conscious awareness of our visual perception. We know this, in part, because neuroscientists have studied individuals that have had damage to their primary visual cortex and can still process visual information, even though they cannot see. This phenomenon is called blindsight.

Someone with blindsight cannot consciously perceive visual stimuli, but they can still use unconscious visual information to accurately guide behavior. Blindsight occurs when the primary visual cortex is damaged, but the subcortical structures of the visual system remain intact. Someone with blindsight can discriminate colors, shapes, motion, and even emotions. For example, if you were to ask someone with blindsight to hold out their hand as you hand them something (e.g., a glass cup vs. a set of keys) the individual will hold out their hand in an appropriate fashion to hold whatever you give them (i.e., a grip for a cup and an open hand to receive the keys). This suggests that a significant amount of visual information (and the emotions it can induce) occurs at the unconscious level.

We also learn how to see specific visual cues in our environment. For example, when I started to take photography more seriously, I preferred to look at my image in black and white through my digital viewfinder or on the LCD screen. I used to be very distracted by colors and found black and white images helped me see contrast more clearly.

Because I shoot in RAW, the image would show up in Lightroom in color. The more involved I became in post processing, the more I learned about seeing specific colors. I would alter each color channels hue, saturation, or luminance and observe the color changes of my image. I did this thousands of times, and after a while, I became more aware of colors in my environment (in real life). I began to discriminate between yellows and greens in leaves rather than only seeing green.

When I go out to shoot now, I see colors in my visual scene and can imagine changing that color’s luminance during post processing. I even began to see how certain colors in the environment would be represented in black and white and how altering the color channel would alter the corresponding greyscale value. Over time, the visual awareness that I developed became more automatic and unconscious.

Conscious and Unconscious Interactions when Capturing the Decisive Moment

Learning a new motor skill or how to see new details in the environment requires conscious and unconscious awareness. The cortex is pivotal in our conscious awareness, which is required at the onset of learning.  Over time, the cortex teaches the subcortex how to carry out those new abilities automatically and unconsciously.  This frees up the cortex to learn new skills and to be aware of new things in the environment.

It makes sense that Henri Cartier-Bresson would value both knowing (the conscious) and intuiting (the unconscious) when taking the shot. His ability to capture the decisive moment depends on conscious and unconscious interactions. Although this process would be the same for all humans, not all of us have the ability to catch these fleeting moments. What, then, makes Bresson so incredible?

For one, he was in the first generation of photographers that had access to a candid camera, the Leica. Also, he was trained as a painter and developed his skills in composition and was fluent in reading images. Was it his art training that made Bresson one of the greatest photographers of the 20th century? It likely helped, but that alone is not enough.

To be a great photographer an exceptional amount of practice, diligence, courage, failure and losing oneself is necessary but it is not sufficient. Bresson was great because he spent a tremendous amount of time consciously perfecting his skills, unconsciously setting up his shots, guiding his camera so that he could release the shutter and capture the decisive moment.

Photography is not documentary, but intuition, a poetic experience. It’s drowning yourself, dissolving yourself, and then sniff, sniff, sniff – being sensitive to coincidence. You can’t go looking for it; you can’t want it, or you wont get it. First you must lose your self. Then it happens. –Henri Cartier-Bresson

Image credit: Header photo illustration created with “Decisive Moment” photograph by Henri Cartier-Bresson and at least he still has his shutter finger by Tanel Teemusk, Old camera in freshman’s hands by Slawek Puklo, My eye by orangeacid