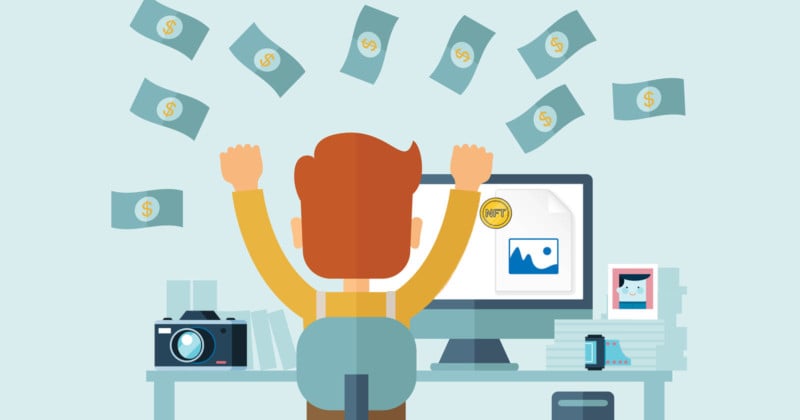 The NFT craze from earlier this year isn’t going away — but perhaps has become even more mainstream in the last three months. It’s hard to name a celebrity, artist, or athlete who hasn’t cashed in on the explosive popularity of NFTs.

If you are unclear on what an NFT is, here are the basics: NFT stands for “non-fungible token” and NFTs are essentially digital goods that can be bought using cryptocurrency. Those who purchase NFTs are buying original “ownership” of that digital good, along with its purchase history, which can be traced using the blockchain. Still confused? Here is an in-depth explainer.

NFTs are not just for celebrities and folks who already have built-in followings. Artists and photographers have been creating and selling NFTs for years as a way to reach a wider audience, team up with other creators, and make a bit of money. For example, the photographer behind the Netflix film “Concrete Cowboy” Aaron Ricketts sold his first NFT this month, while Kate Woodman auctioned her digital photograph “Always Coca-Cola” for $30,000. Some experts believe, with the way trading has been going lately, traditional platforms for selling physical art (like Etsy and Shopify) may become obsolete.

Despite what you may think, the process to create, list, and sell an NFT is not complicated nor intimidating. PetaPixel joined Washington-based photographer John Wingfield as he prepared to mint and list his latest collaboration with digital artist Dario Paczula entitled “Cosmo Firma” using the NFT marketplace Foundation.

Here is how to mint an NFT.

1. Sign up with an NFT marketplace and buy some cryptocurrency

Before listing an NFT, you first have to sign up with an NFT marketplace (like OpenSea, Foundation, Zora, Rarible, and Bitski). Some marketplaces require a verification process, where you can confirm your identity by connecting various social media accounts.

Once you create an account, you’ll be required to connect a digital wallet (either through MetaMask or WalletConnect) where you can buy cryptocurrency (like Ethereum and Bitcoin). The price of cryptocurrency fluctuates, but you can check the latest conversion rates here. Cryptocurrency can be bought in increments, so don’t feel the need to buy whole units, like 1 Bitcoin (which equals $36,000 at the time of publication).

2. Create and upload the NFT 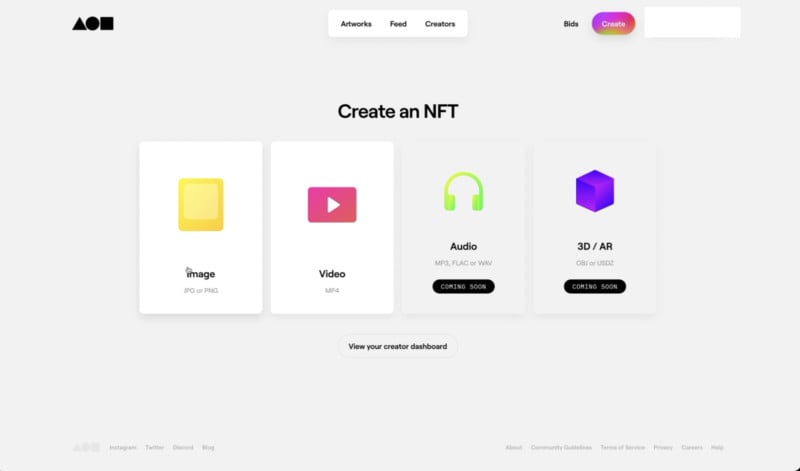 For this particular collaboration, Wingfield and Paczula already had a finalized image they were ready to list. NFTs can be uploaded in either JPG, PNG, or MP4 format. 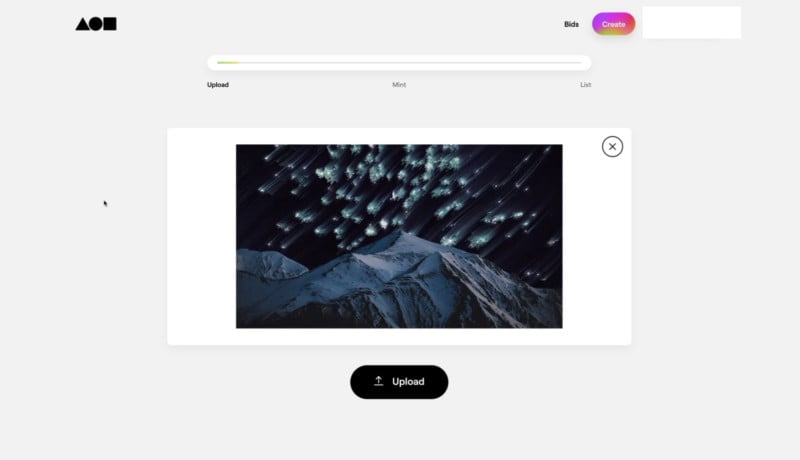 Once the digital good is formatted correctly, Wingfield selects “Create” in the Foundation web app. Here the JPG uploads to the InterPlanetary File System — the “peer-to-peer network for storing and sharing data.” 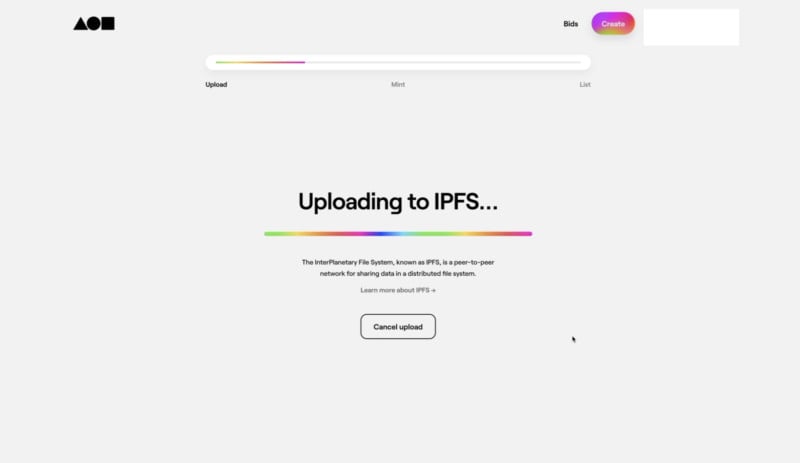 “Minting” is the term that refers to the process of putting the digital good on the blockchain and is what allows collectors to verify the transaction history of an NFT. Some marketplaces require you to use a third-party app to mint NFTs before you can list them on their platform, but others, like Foundation, are able to do it for you.

Then, he selects “Mint” at the bottom of the page. 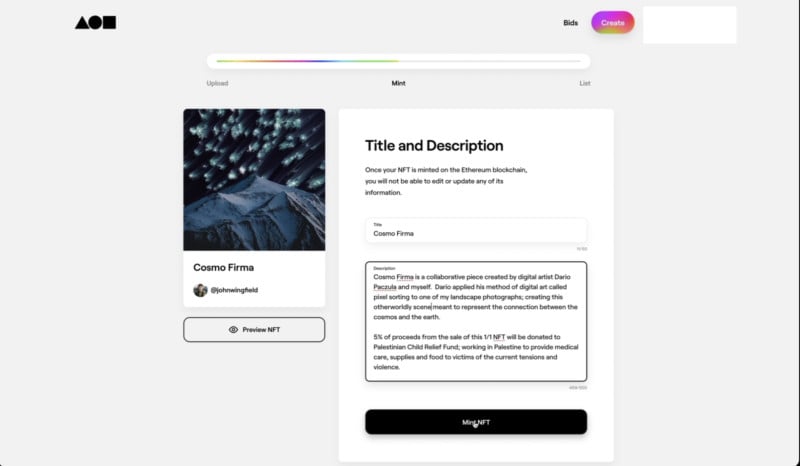 A pop-up window then takes him to his digital wallet to confirm the purchase of the mint. Minting an NFT includes a “gas fee” — payments users have to make “to compensate for the computing energy required to process and validate transactions,” according to Investopedia. Wingfield said gas fees are very common and waver often. The minting fee for “Cosmo Firma” cost $75 (0.0225 ETH). 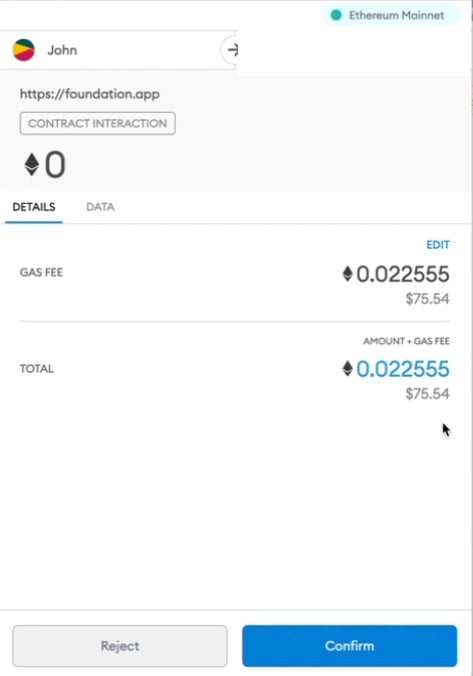 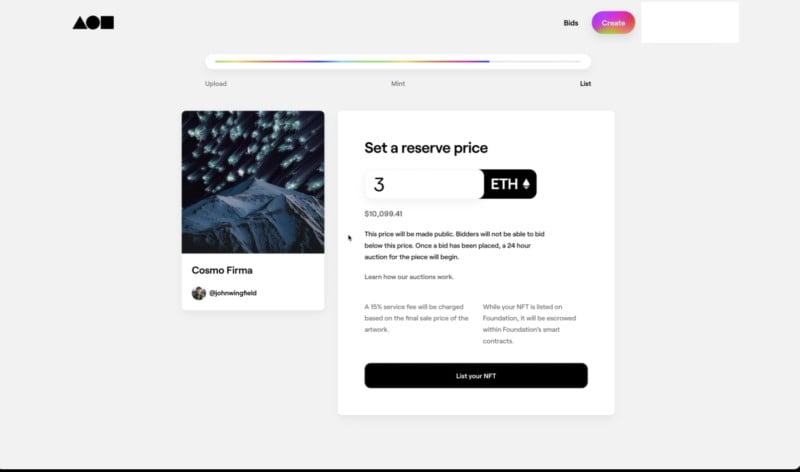 Before the NFT can be listed for sale, Wingfield prices it at 3 ETH (about $10,000), an agreed-upon price between him and Paczula. Wingfield said he determines the price of his NFTs by researching work by artists and photographers with his similar style and seeing how they price their items and how long it takes for those pieces of work to sell.

Once the NFT is priced, Wingfield selects “List your NFT” at the bottom of the screen. He is then sent back to his digital wallet to confirm the price of listing. Minting an NFT and listing it are two separate costs. The price to list the NFT in Wingfield’s case was the same as minting, around $75. After the payment goes through, the process to list on the blockchain and the Foundation marketplace can take anywhere from five to 30 minutes. 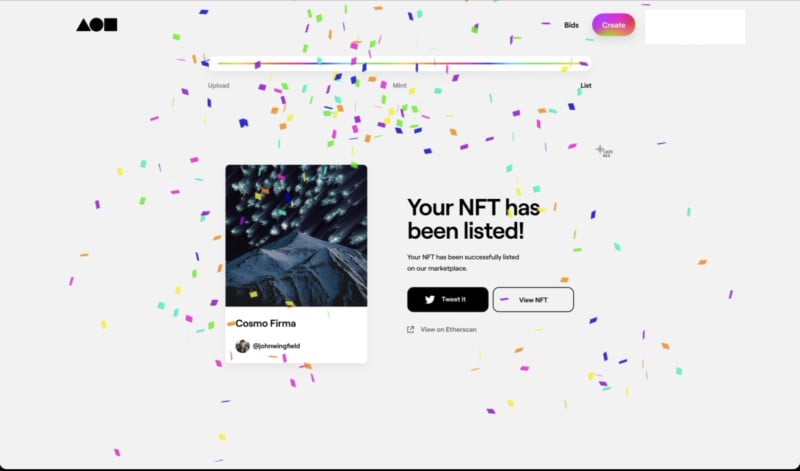 Once the NFT has successfully listed, a confirmation page will appear with some confetti. Here Wingfield can choose to either view the NFT on the marketplace, or confirm its listing using Etherscan, which is like a search engine where NFTs can be validated. 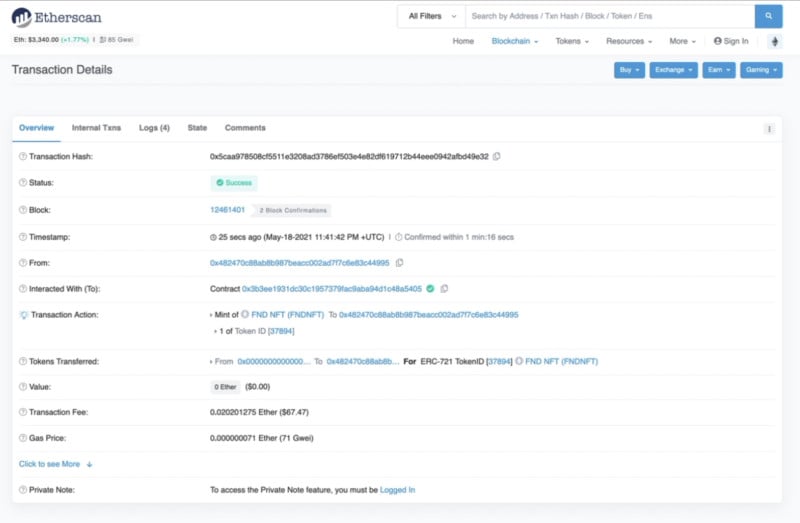 Editor’s note: This explainer is part two of a three-part original PetaPixel series on NFTs. Part one answers what they are, part two (above) explains how they are created, and part three will discuss what the “cost” of their existence is — including environmental impact.