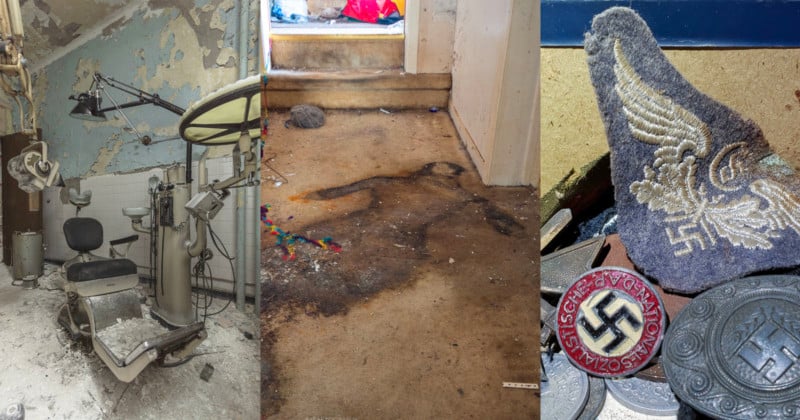 An urban explorer photographer has revealed the “craziest” things he has come across while photographing abandoned spaces.

Dave from Freaktography tells PetaPixel that he’s come across cool objects like decaying Harley Davidsons. shocking things like live grenades, and most disturbingly of all — body stains.

“I have found a bag full of money to finding several guns, ammunition, and cremated human remains,” he says.

“I have found crates of original pressing classic vinyl records, gold jewelry, diamonds, I once found human specimens inside an autopsy room in an abandoned hospital, this list goes on.”

Dave made an Instagram post looking back at some of his unbelievable finds. Unsurprisingly he lists finding a body decomposition stain as his most shocking.

“Both times that I have found body stains I knew they were there, the first one was at a former internet cafe in Niagara Falls, Canada,” he says.

“A former high school classmate had once stumbled (literally stumbled) over a dead body while he was checking on a property that his boss owned, the body was laying face down in the basement and had been there for quite some time.

“A few months later he discovered my photography work/subject matter and asked me if I would be interested in an abandoned building with a decomposition stain.” 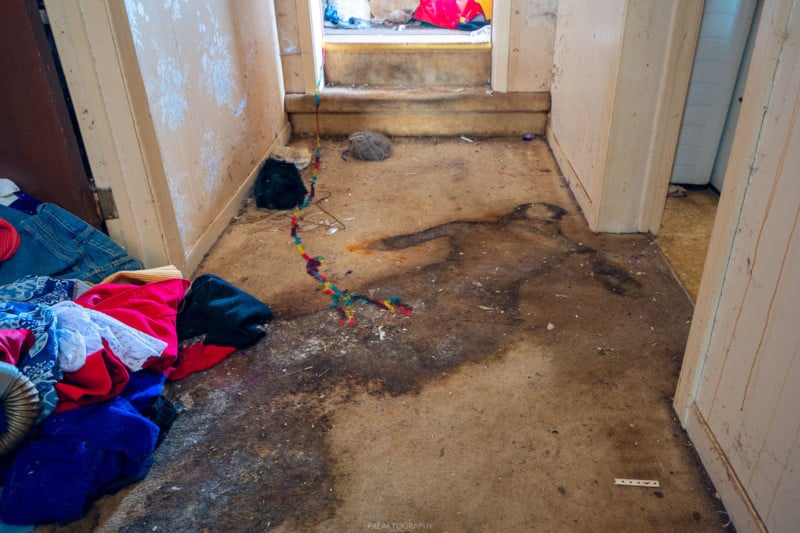 Curiosity got the better of Dave who explored the place and quickly found the stain in the basement.

“The stain was very prevalent with a white shape of the body and the whole area was surrounded by crusty and dried up maggots.”

Dave says that he was not scared when photographing these horrific scenes, but sad.

“To be in the very space that a person’s life ended, where they had their last thoughts and took their final breaths in their final moments of life,” he says.

“This was a sensation I had never felt and while the physical bodies were no longer there, I did find myself wondering if they were still “there”, and I don’t believe in paranormal…but I couldn’t help those thoughts.”

Back in 2020, PetaPixel covered Dave’s find of World War II medals in a badly decayed house along with some Nazi souvenirs. 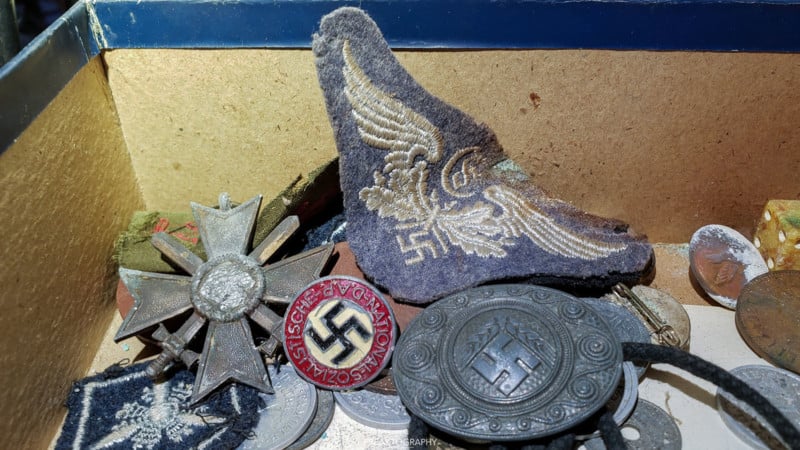 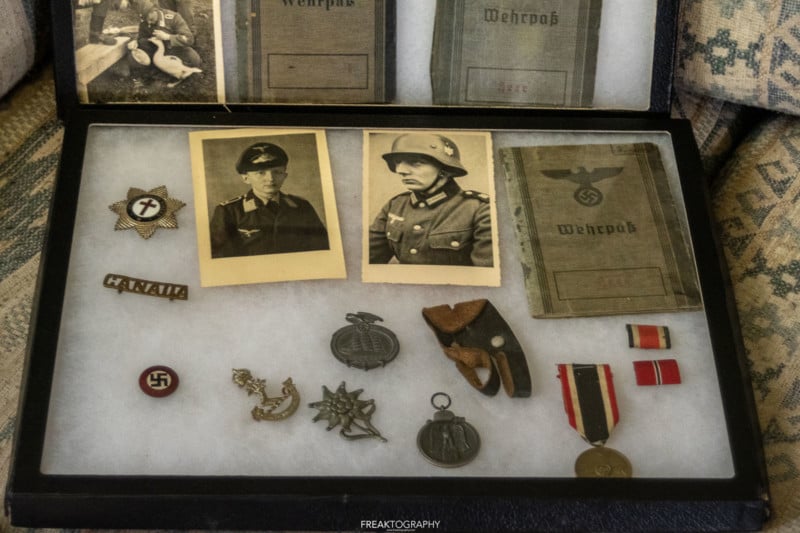 “I had no idea that these medals were there and they had not been found by the others who had photographed this house before me,” he explains.

“They were in two boxes, on a top shelf on top of a stack of books, they looked just like the box that my grandfather kept his war mementos — so naturally my eyes were drawn to them and I wanted to see what was in these boxes.

“The sight of these medals and items with swastikas on them literally took my breath away, I had to sit down, pause and really be in this moment, these were things that I never imagined someone would have left behind.” 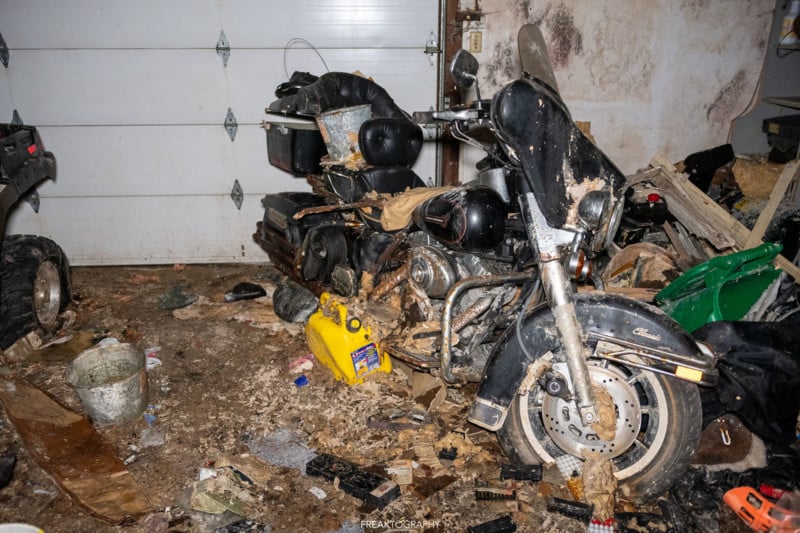 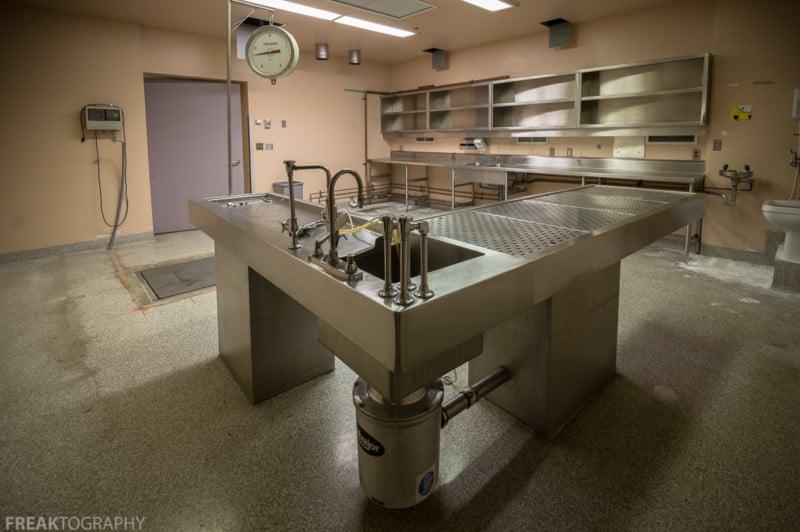 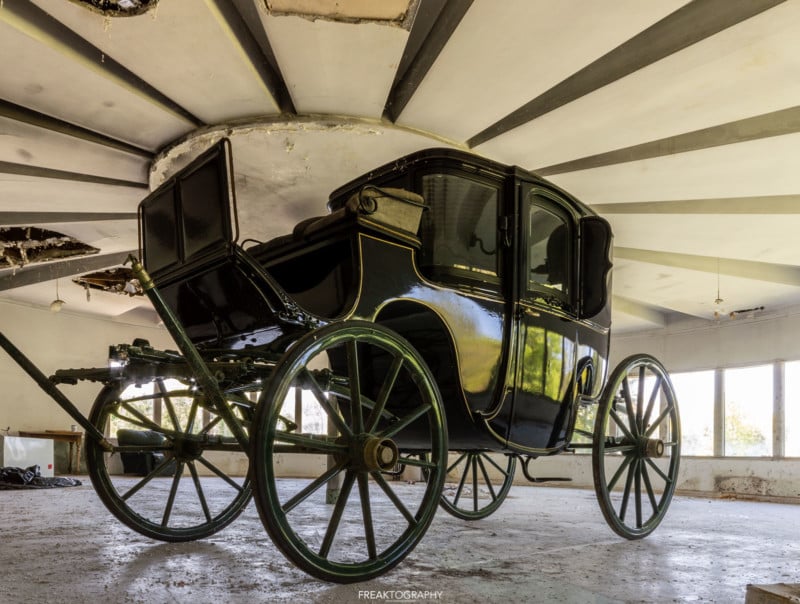 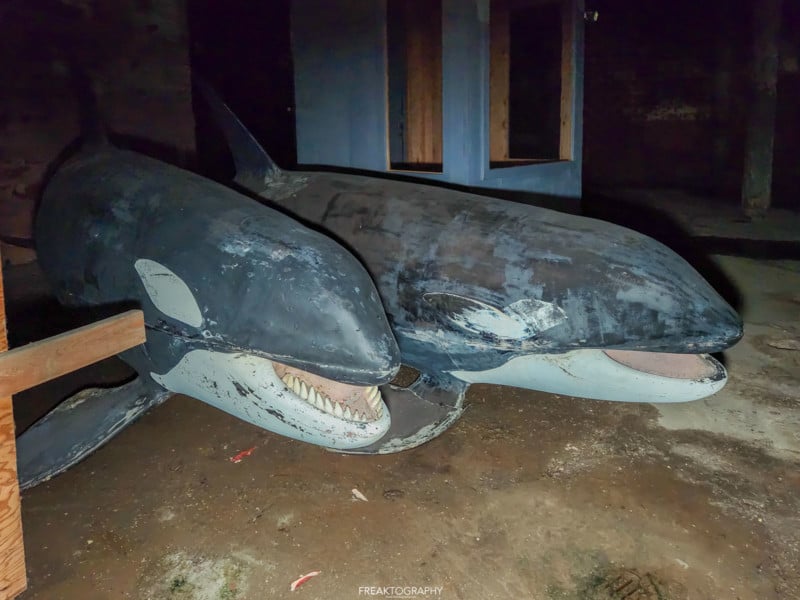 Dave lives in Ontario, Canada, and travels many miles with his camera around his vast local area to visit abandoned locations.

“As funny as this sounds, it is a form of stress relief for me and an escape from the every day,” he says.

“What would be a frightening scenario for some (trespassing), is an exhilaration for me and when I am most at peace. I am an anxious person in life, yet when I am exploring and photographing I am calm, happy, and at my best.”

Image credits: All photos by Freaktography.