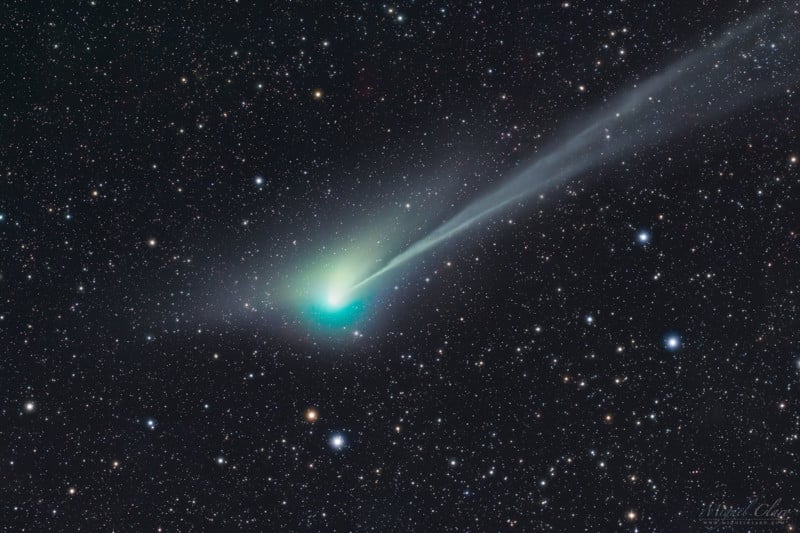 An astrophotographer has imaged the long-traveling comet that is currently making passage through the solar system, perfectly capturing its broken tail.

Miguel Claro took a modified Nikon D850 full-frame DSLR to the Dark Sky Alqueva Observatory in Portugal to document the cosmic visitor that won’t be back again for another 50,000 years.

The C/2022 E3 (ZTF), to give the comet its official name, has not had an easy ride through our solar system. Solar storms have disconnected its tail which Claro has expertly illustrated with his incredible images.

“As far as I know, it’s not fixable,” he says to PetaPixel about the comet’s broken tail.

“But indeed comets are unpredictable and due to the strong solar wind the tail can change almost every hour, especially this time when it is approaching our planet Earth, subtle changes in the shape of the ion tail can be noticed on our sub-exposures during the course of only 20 minutes.”

To capture the magnificent images, Claro took multiple long exposures at around three minutes each, any longer and the comet would move out of his frame because of the immense speed it’s traveling at.

“At the end, we need to integrate several images,” he explains. “For this particular shot, I did 14 images at 200 seconds each and combine everything in a total of 47 minutes, using advanced programs such as PixInsight.” 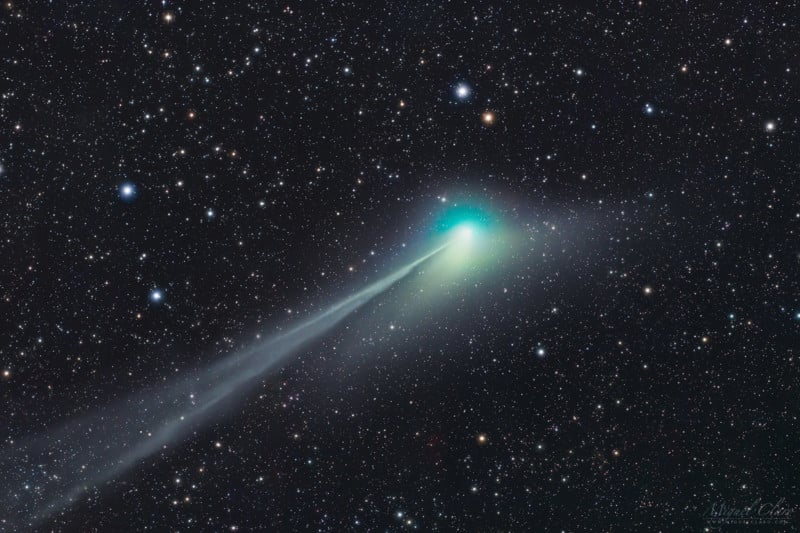 Claro made use of the telescope Takahashi FSQ106 ED situated at the Dark Sky Alqueva Observatory in Portugal where he is an ambassador. He used a Nikon D850 that is modified for astrophotography, the sensor is sensitive to Hydrogen-alpha.

“The comet was photographed late in the night at a distance of 49,000,000 miles (79 million kilometers) from the observatory in Portugal, three hours before starts the astronomical twilight,” Claro writes on his Instagram.

“This long-distance traveler not seen in 50,000 years, is moving fast against the background starry sky, and that night it was located between constellations of Hercules, Corona Borealis, and Bootes.” 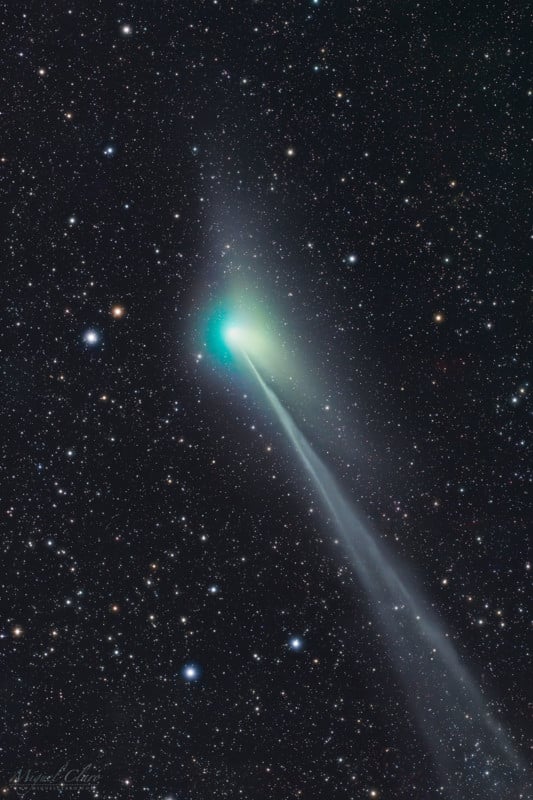 The Comet E3 is currently visible from Earth, even with the naked eye, peaking on February 2 when it will be a mere 26.4 million miles from Earth. For a guide on how to spot and photograph it, read PetaPixel’s article from last week.

To buy a print of Miguel Claro’s photos, head to his website where there are many more spectacular pictures available.