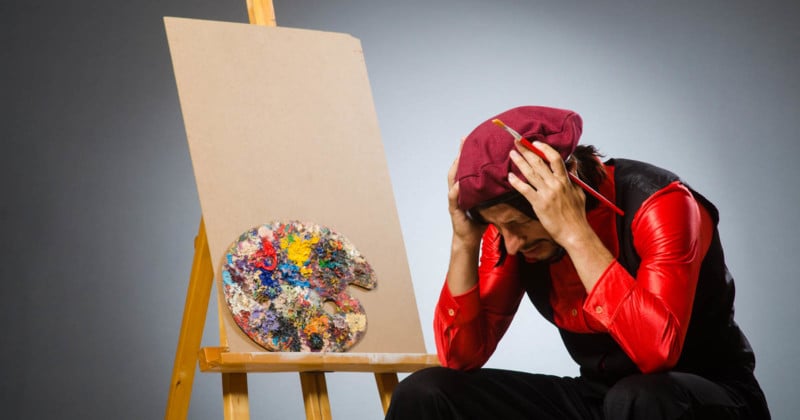 Are you an artist who struggles with releasing your work to the world because it’s not yet perfect? It’s a common problem many creatives grapple with, but learning to let go of your idea of perfection can actually allow you to move closer toward it.


This topic recently came up in a conversation on The Always Sunny Podcast in which the cast of the popular American sitcom It’s Always Sunny in Philadelphia sat down to chat with renowned American songwriter, actor, playwright, and filmmaker Lin-Manuel Miranda.

At 51:30 of the nearly 1.5-hour podcast episode (warning: there’s some profanity), the group has a conversation about their creative process.

“I love a deadline,” Miranda says. “That’s, what I love and when I’m working on something to know that we’re gonna meet about what I write every week, that’s the best way for me to get anything done.”

The creator of the hit Broadway musical Hamilton then revealed that the opening song of the show took him a few months to write and that the second song took him a full year. It was only when director Thomas Kail imposed a deadline that Miranda began chipping away and making substantial progress.

He eventually wrote 11 songs in 7 months.

Always Sunny creator, writer, and actor Rob McElhenney then chimed in with encouraging thoughts about the idea of “iteration” in art creation.

“I think this is a great lesson for young artists and people who are trying to get into creating anything, is the idea of iteration,” McElhenney says. “We talk about this quite a bit, which is oftentimes people are afraid to put out, to show people what it is that they’re working on at early stages, ’cause they wanna perfect it, not realizing that there is no perfection.

“So much a part of any collaborative art is to get other people’s opinions and if you don’t have either an external party who’s putting on that limitation or those guardrails of saying, ‘we need it by this date,’ then you have to do it internally and just say, ‘look, by this date, I’m gonna show it to people.’

“Even the people who are the greatest in the world at it, like to hear that, I think like an audience member to hear that, that you [Miranda] also fear that and also will sit down yet at an early stage and show it to somebody and take notes, I think is really inspiring.” 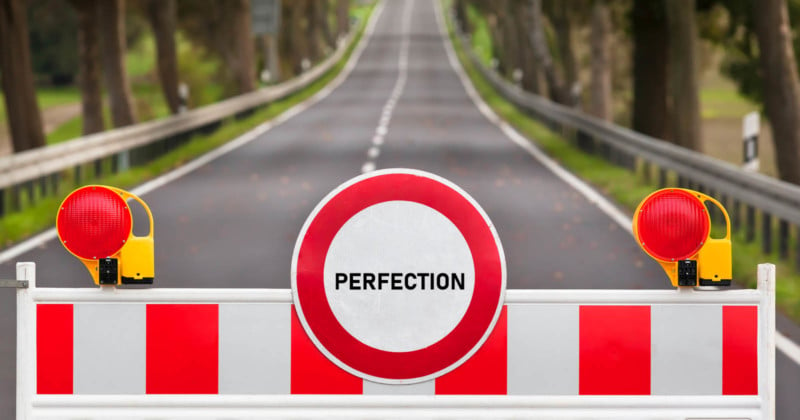 There are a few main reasons why artists may struggle with working on their art for too long before releasing it (or never releasing it at all).

1. Perfectionism: Many artists are perfectionists and want to ensure that their work meets their own high standards before sharing it with others.

2. Fear of criticism: Some artists may be worried about how their work will be received by others and may hesitate to share it until they feel that it is as good as it can be.

3. A desire to improve: Some artists may feel that their skill is not yet at the level they want it to be and may want to continue to improve and refine it before releasing anything.

4. A need to be authentic: Some artists may want to ensure that their work reflects their true artistic vision and may struggle with finding the right balance between perfection and authenticity.

The desire to perfect their art before releasing it can be a way for artists to ensure that they are putting their best work forward and to build confidence in their skills and abilities. However, it can also be a source of stress and anxiety, and it is important for artists to find a balance and not get too caught up in the pursuit of perfection.

If you try to perfect your creation in your head, you risk having it be stuck there forever, never to see the light of day. If this common struggle is one you can relate to, try this: give yourself a deadline, work as hard as you can, and release your work while being open to constructive criticism. You may find that doing so will unlock both your growth and your creativity.