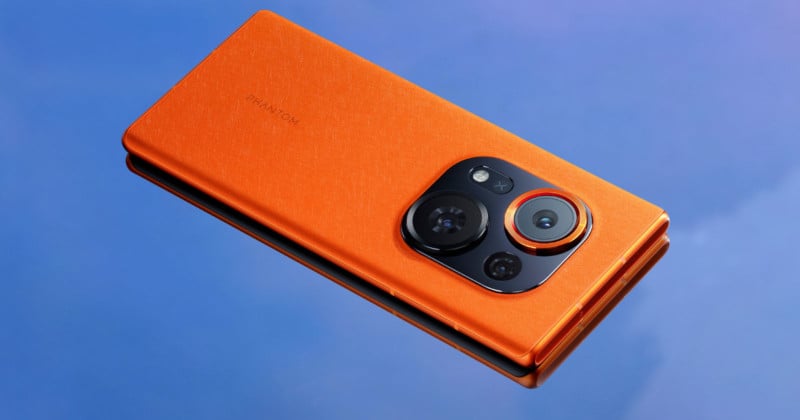 The company expounds the benefits of the new high-end device with loads of promises, including its “groundbreaking features” and “outstanding performance.” While it remains to be seen how it feels to use the Phantom X2 Pro, one feature is certainly catching eyes: the retracting lens.

Tecno says the optic is 65mm f/1.49 and has a shallow 18.9-centimeter depth of field, which provides a 2.5x optical zoom to the portrait lens. The sensor behind the lens is a Type 1/2.7 with a 1.28um pixel size. The “innovative” design promises to allow users to capture portraits that it claims are comparable to professional full-size, standalone cameras. Tecno further adds that the retractable nature of the lens is a “technological breakthrough” and will “lower the threshold for ‘studio-like’ portrait photography.” 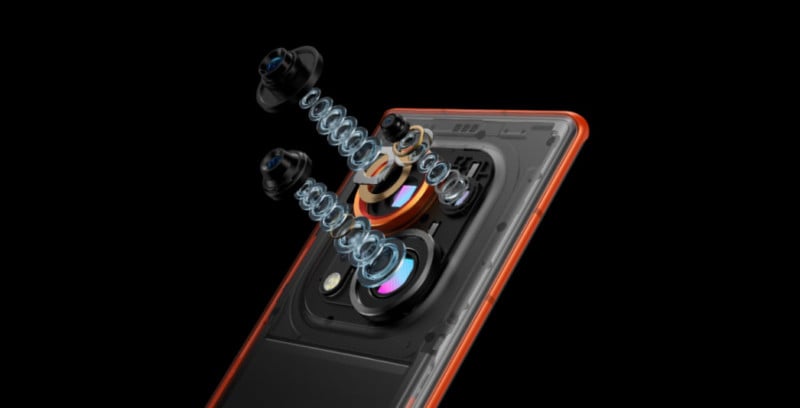 That pop-out lens is just one of the four that the Phantom X2 Pro is equipped with. Its main camera features a 64-megapixel RGBW sensor along with a “wide” lens. That is joined by a 13MP f/2.2 ultrawide and a 2MP telephoto. The front-facing selfie camera is 32-megapixels.

In addition, the Phantom X2 Series features a range of self-developed beautification settings that Tecno says are included to give users even greater freedom when shooting and editing.

“The Phantom X2 Series is designed to deliver ultimate performance, comfort, and style, from its front screen to its back cover. Drawing inspiration from art, nature, and mathematics, the Phantom X2 Series has a smooth unibody double-curved design with geometric lines giving a sleek, futuristic appearance,” the company says. “3.5D lunar craters ensure the retractable lens module retains a slim look and eliminates sharp edges for comfortable use, further improved by the screen’s ergonomic design allowing a holding angle of 71 degrees.”

Tecno will make the Phantom X2 series available to purchase globally starting at the end of December. It will be available in “Stardust Grey” and “Mars Orange,” the latter being Tecno’s Eco-Friendly edition that claims a 38% reduction in carbon emissions due to reusing plastic.