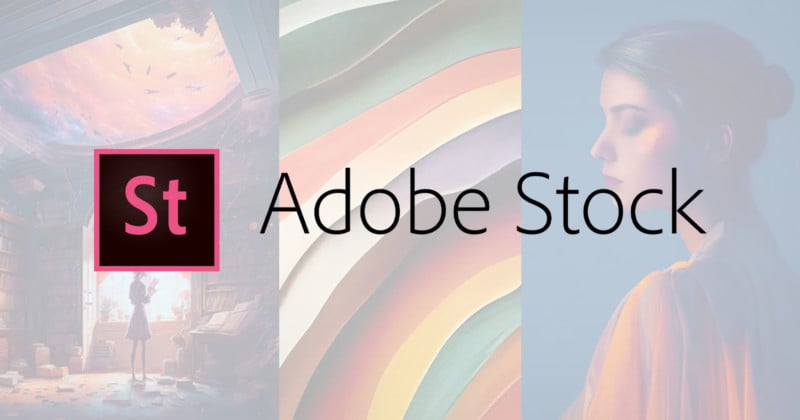 Adobe has announced that its stock photography service, Adobe Stock, is now accepting illustrations created using generative artificial intelligence (AI) such as those created by OpenAI’s Dall-E or Stable Diffusion.

In a blog post, the company says that the choice to allow generative AI onto its platform came after it “deeply considered” questions of ethics and proper use of the technology. The result it that while it is accepting artwork created with AI, it has also created a new submission policy that it believes will ensure generated artwork is used responsibly by creators and customers both.

“While early generative AI technologies have raised valid concerns, Adobe is committed to helping lead the evolution that will come from this technology into tools that empower artists, while never seeking to replace human imagination,” the company writes.

“Properly built, used, and disclosed to viewers, generative AI can be a powerful tool to enhance creativity, accelerating the creative process to benefit both consumers of digital assets and the community of contributors who produce those assets.”

Adobe says that by allowing generative AI images onto its stock platform, it is enabling contributors to earn royalties for AI-generated content according to its guidelines, just as it does for all other content. It is also moderating submissions with the same policies it has for other submitted content. It still requires identifiable people and property to have a release in “the unlikely event” that a claim arises regarding an asset.

It also has a new generative AI policy that prohibits submissions based on third-party content, which includes text prompts that create people, places, property or mimic an artist’s style without proper consent.

“When generative AI is used and labeled properly to create useful and beautiful content — so that customers are clear about the provenance of the assets they are choosing – we believe it deserves a place in our Stock collection.”