A photographer flew into the world’s deadliest airport and backpacked 103 miles in the Himilayas to capture the world’s most elusive big cat.

Update 11/28: The photographer admitted that the photos contained in this article are composites. The full story can be read here.

American photographer Kittiya Pawlowski had to climb to 5,486 meters above sea level (18,000 feet) to capture snow leopards in Nepal.

The effort was well worth it, with Pawlowski capturing incredible photos of the snow leopards dramatically framed in their natural habitat.

Pawlowski hauled her Nikkor 500mm f/4 lens from the dusty village of Jomson to a tiny settlement called Lupra in the mountainous Lower Mustang region.

“The people here have tended livestock for generations, and they regard snow leopards as grave threats to their livelihoods,” says Yungdung Tsewang, a local guide.

“From time to time, blue sheep will pass through our village, but we try to keep them away since they attract snow leopards.” It was here where Pawlowski came across the first sign of the elusive cat, finding fresh tracks in the mud.

“It had rained the previous week, making these tracks fairly fresh,” writes Pawlowski on her website.

Pawlowski then traveled to a small airstrip in the Tamakoshi River Valley.

“I boarded a plane that was as big as a school bus and seated 18 passengers,” Pawlowski writes.

“With no radar or navigation systems, the pilots are completely dependent on what they can see from the cockpit.”

Her destination was Lukla, the world’s most dangerous airport. Carved into the side of a mountain, there have been several deadly crashes over the past two decades.

Pawlowski arrived safely at Lukla where she backpacked into the upper valleys of Sagarmatha National Park.

“In a land with no trees, the only source of warmth comes from small stoves packed with dried yak dung,” she explains. 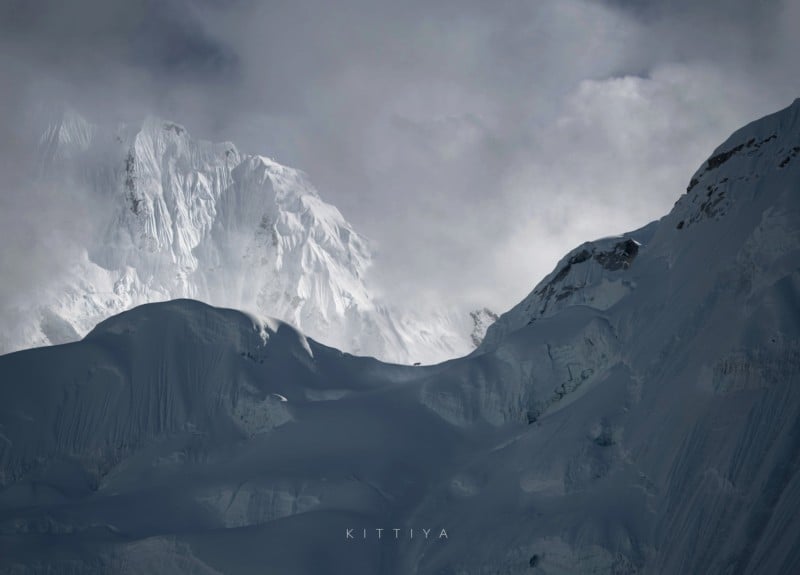 Pawlowski was there in October at the end of the monsoon season when she had to endure downpours and snowstorms.

“At 18,000 feet (5486 meters) the weather was unpredictable. Within minutes one was alternatively freezing or roasting in the sunshine. This altitude is the limit of where snow leopards roam; however, to get the best view of the valley, I had to climb.” 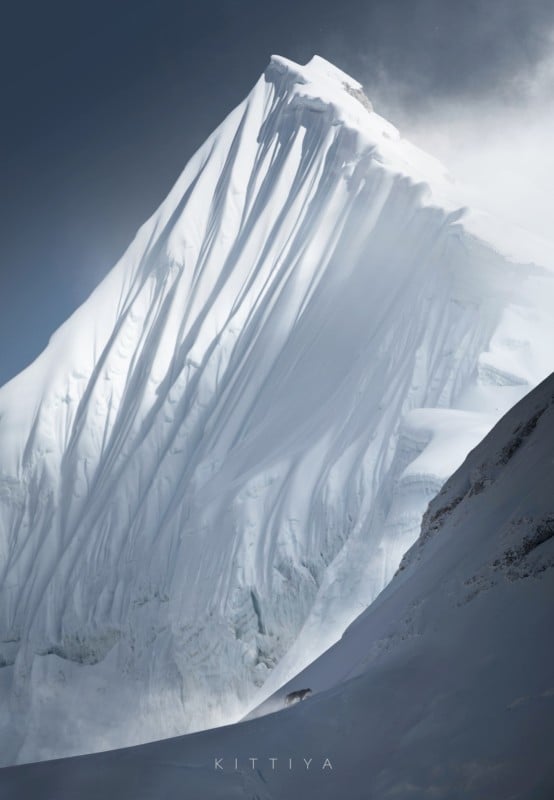 Snow leopards are most active around dawn and dusk, which meant Pawlowski hauling herself out of her sleeping bag at 04:00 with 25 pounds of camera gear.

On one bitterly cold morning, Pawlowski squinted through her 500mm lens and spotted something in the shadow of Mount Pumori.

“At first I thought it was a rock, but it was exactly what I was looking for.”

The Denver, Colorado native returned from her amazing adventure with stunning photos of the snow leopard.

“After backpacking through Earth’s most forbidding terrain, lung-starving altitudes, soaring peaks, and high deserts—this was the most difficult and rewarding set of photos I’ve ever taken.”