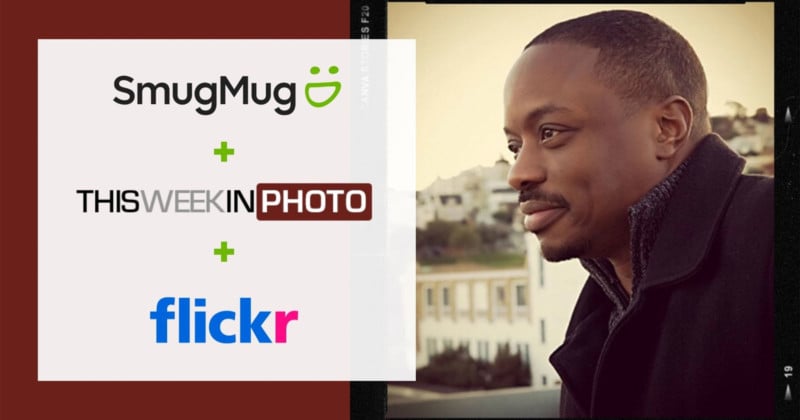 SmugMug has acquired the This Week in Photo (TWiP) podcast and media network along with its Editor-in-Chief Frederick Van Johnson. Johnson joins Smugmug to lead what the company calls “content and new media” in addition to his continued role at the head of This Week in Photo.

SmugMug is perhaps best known for its photo storage and delivery platform that bears the company’s name. But in addition to that endeavor, the company has also been working to expand its influence across the photography industry. This is the second acquisition towards that goal, the first being Flickr which the company purchased in 2018.

This Week in Photo, or “TWiP” as it has been known for years, describes itself as an “accessible media powerhouse” that features its flagship regular podcast as well as blogs and an active community of engaged fans. Since 2008, professional photographer and marketer Frederick Van Johnson has been honing the TWiP brand and network which now boasts weekly photo critiques, interviews, courses, tech reviews, and more.

SmugMug says that the purchase of TWiP along with its founder is part of its continued goal of connecting, inspiring, and educating photographers worldwide.

“It’s an ideal match,” says SmugMug+Flickr VP of Marketing Scott Kinzie. “Our purpose at SmugMug is building a better world through the power of photography, and This Week in Photo has been inspiring, educating, and connecting photographers for more than a decade. Naturally, we’re massive fans of [Johnson’s] work.”

Kinzie positions SmugMug as one of the few photographer-centric brands in the world and says that its goal is to look for opportunities to support the “cornerstones” of the photographer community.

For his part, Johnson says that joining SmugMug is part of his goal to “evolve” his media brand.

“I’ve built a wonderful podcast and community of photographers, but I believe TWiP can reach many more photographers, produce more amazing content, and expand the dialogue around photography — and its impact on our world,” he says. “I just had to find the right team to work with, and SmugMug is the obvious choice because of its unprecedented brand recognition and reach into the photography industry.

“When we realized Frederick shared our vision for the future of photography, it became clear that this relationship was great not only for photographers but also for the art of photography itself.”

The terms and value of the acquisition were not disclosed.