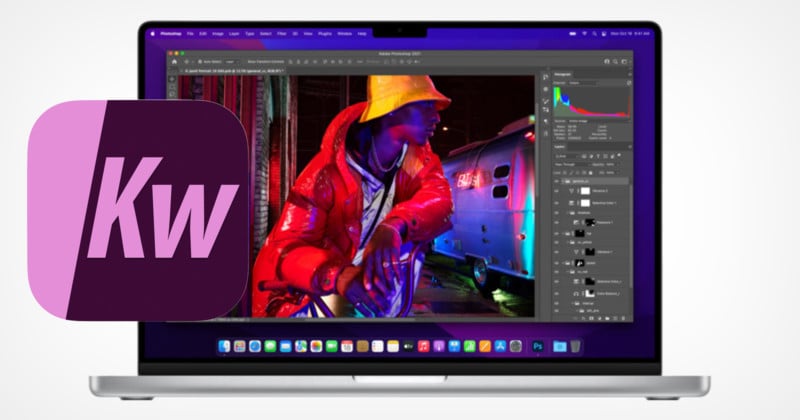 Kwiketta is a new free application that can launch Photoshop directly under Rosetta (the Intel Processor Emulation on Apple Silicon M1 and M2 Macs) and hands all files opened with it to Photoshop, letting creatives continue using legacy plugins and add-ons.


The new program is designed for creatives who are tired of switching back and forth to the Intel version of Adobe Photoshop on Apple Silicon-powered M1 and M2 Apple devices, giving photographers continued access to their most frequently used plugins that have not yet been updated to work on Apple Silicon. Since these updates can take quite some time to arrive, being able to run the applications seamlessly in Rosetta to be able to continue using the add-ons can sometimes be critical to a creative workflow.

Leveraging Rosetta to access “legacy” plugins allow users to continue using their older add-ons while getting the power and speed benefits that the M1 and M2 devices can bring. According to the company, “users can drag files to the Kwiketta icon to open them with Photoshop under Rosetta. Use Open With > Kwiketta for Adobe Photoshop after right-clicking a single file. Set Kwiketta as an external editor in apps like Adobe Lightroom Classic or Kuuvik Capture. Or simply use the Kwiketta icon to launch the Intel version of Photoshop immediately.”

This allows users of older Intel-based plugins and applications to quickly and easily continue using these programs and features as the need arrives. It allows creatives to keep using the Intel-based add-ons without having to manage complicated and confusing launch modes until they are updated to work with Apple Silicon, nor will they have to continuously switch between the native Apple Silicon and Intel versions.

Besides running Photoshop through Kwiketta directly with the start menu item as seen above, users can also drag individual files over the application to launch in Rosetta, or they can right-click on the files they need to open and select the Kwiketta for Adobe Photoshop app in the drop-down menu from Finder. Additionally, users can launch Kwiketta from Adobe Lightroom Classic through the “Edit In” menu as part of the external editor options. 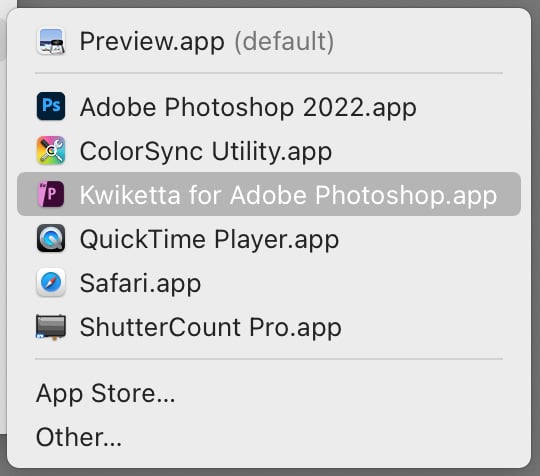 This allows users who rely on older plugins to maintain their usual workflows, keeping things smooth and interruption-free while working on new Apple Silicon devices.

Configuration is minimal and easy to access, simply by accessing the Preferences Menu when the application is open. The splash screen and automatic updates are rather self-explanatory, but in addition to those options, the preferences pane has a few more things to choose from. Kwiketta can be run in two modes, one that remains running after Photoshop has been launched (which is the default method), or it can be set to automatically quit after a successful launch. According to the company, when leaving the application open after launch, Kwiketta will “automatically relinquish control to Photoshop when you activate it” allowing for a natural workflow.