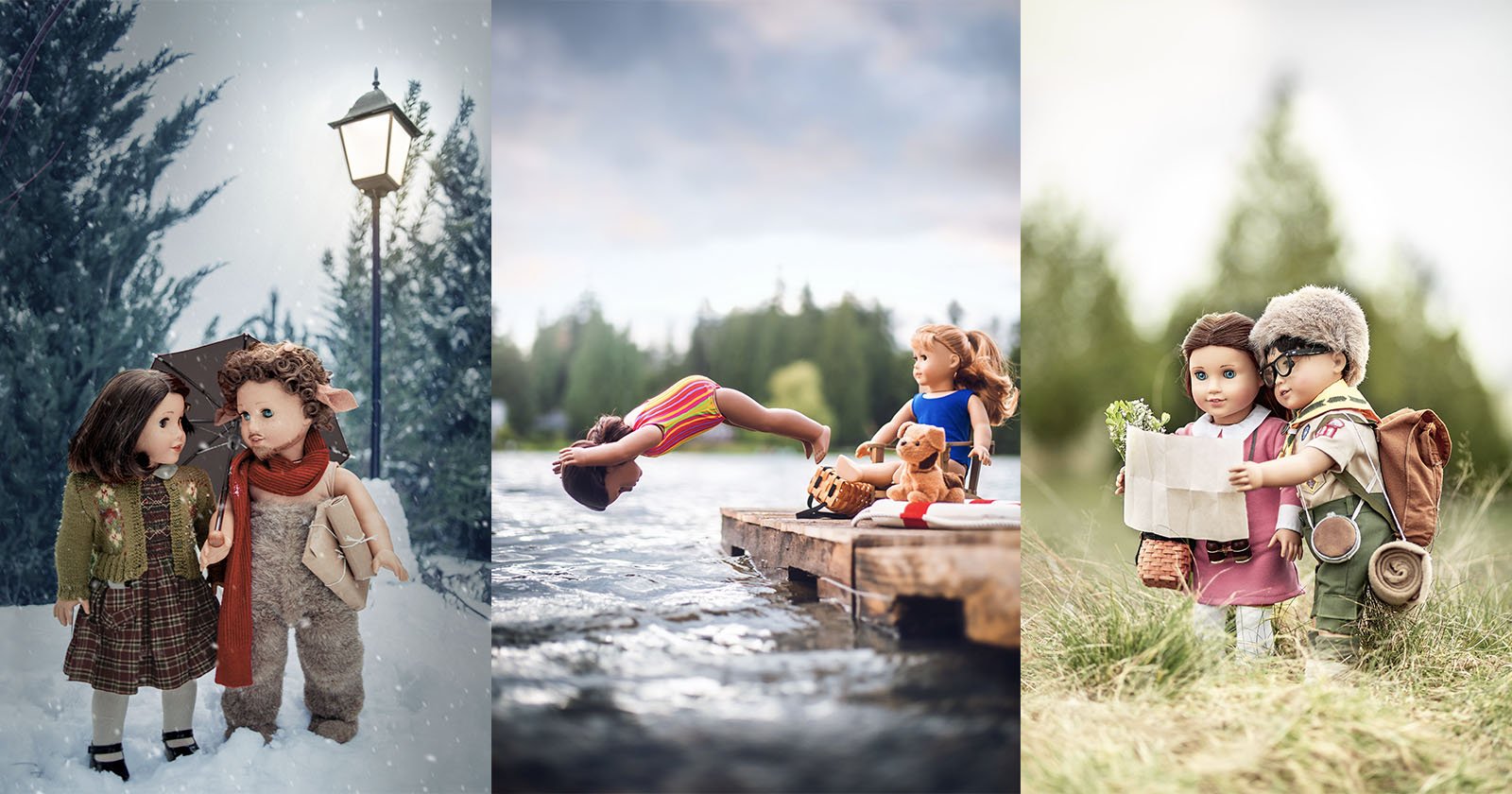 Product photographer Sydney Rose Paulsen has recreated iconic scenes from movies, books, and television shows such as Stranger Things, E.T. the Extra-Terrestrial, and Back to the Future with American Girl dolls. Last year, she even replicated her own real-life wedding photos in miniature for her 60,000 Instagram followers.

Paulsen, who has been a fan of American Girl Dolls since childhood, tells PetaPixel about her passion to tell stories with her dolls.

“I think there’s a part of everyone that wants to jump into their favorite movie or book, or into a miniature world. So many of my followers grew up adoring American Girls and loving their stories as much as I did,” explains Paulsen.

“In each of my photographs, I try to bring these dolls to life and evoke some sort of emotion. And I think most people find the end result as being quite whimsical and intriguing.”

The photographer, who is based in Seattle, says she enjoys the freedom and creativity that comes with shooting dolls, which is not always possible when photographing people.

“I’ve always enjoyed miniatures, and I find taking photos of dolls quite liberating because you can do so many more ‘impossible’ things when working at a 1:3 scale. There’s also so little pressure when working with dolls,” she says.

“Sometimes I feel a bit of anxiety when I’m photographing people because I’m constantly thinking about how everyone is doing and feeling in the situation. With dolls, it doesn’t matter how long it takes to get the perfect shot, or even if I fail and have to do it over again the next day.” 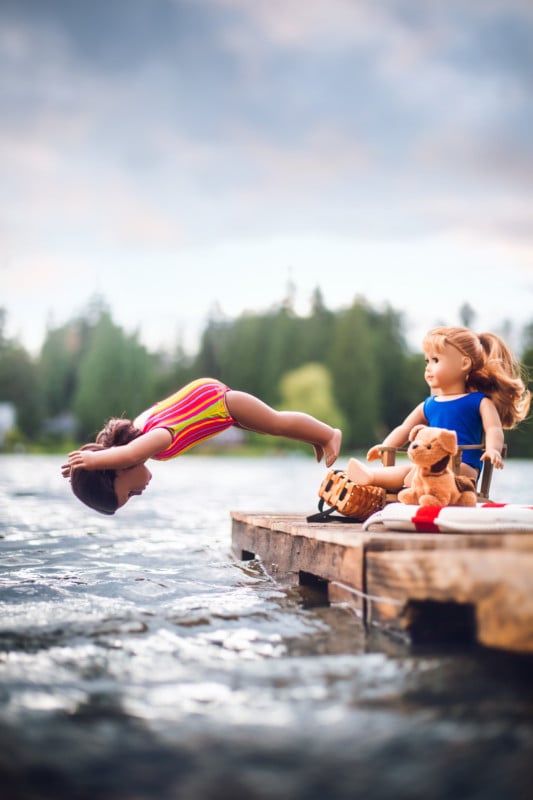 However, she admits that there are different challenges that come with photographing lifestyle scenes with American Girl dolls. Paulsen — who uses a Canon 5D Mark III, and 30mm and 50mm Sigma art lenses to shoot the dolls — says it can take weeks or months of prep work to make and source costumes, props, and sets for her photos.

“There are so many elements that go into recreating a scene, just like there are in the original film. I think that nailing the lighting and composition is incredibly important, and that’s often my biggest challenge and the thing I enjoy doing most,” she explains.

“But the costumes and props are exceedingly important as well. My mom is an incredible sewist and props designer, and we work very closely together whenever I’m replicating a scene.”

Paulsen says her most well-known photographs with her fans are her series recreating nearly almost every scene from the classic movie Stand by Me.

“My family took a road trip down to Brownsville, Oregon, so that I could recreate scenes from the movie Stand by Me in its original filming location,” she recalls.

“My mom and I had worked for months on replicating the costumes, props, and sets used in that film, and I spent most of that summer recreating nearly every scene from the movie. I think that series is probably my most well-known work.” 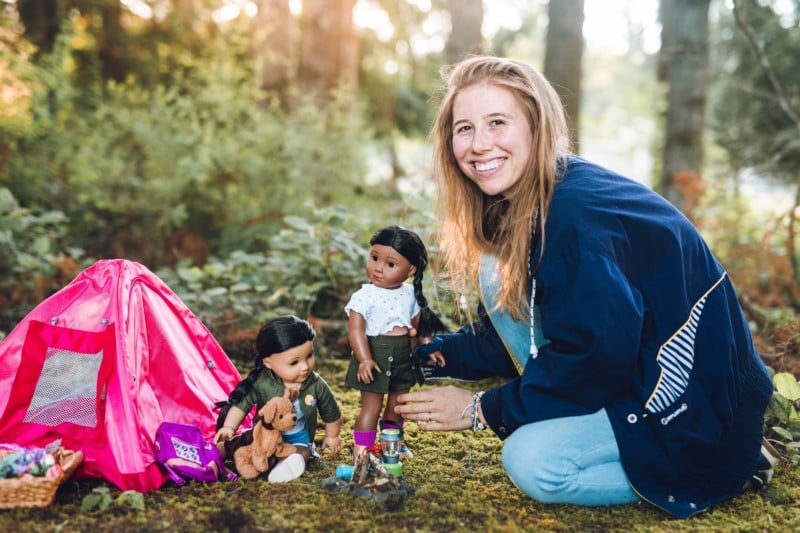 More of Paulsen’s work can be found on her Instagram.