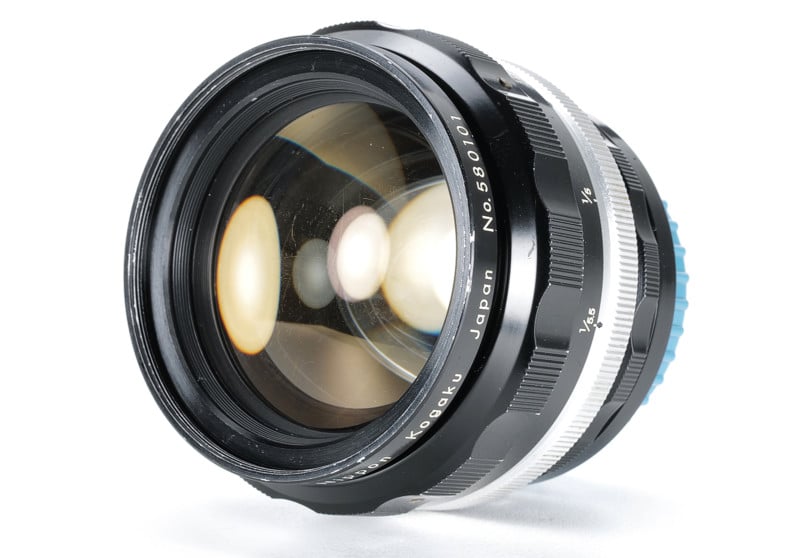 The lens is the only Nikkor-O Auto 58mm f/1.0 known to date and was sold at the 2022 Wetzlar Camera Auctions in Germany this past weekend. The lens is so rare that it doesn’t have a traditional serial number. What it does have is, as the auction house says, probably a combination of the information for its focal length and its aperture as well as the consecutive number “1” for the very first — and also quite likely last — in this series: Serial Number 580101.

The auction house says that the 58mm f/1.0 lens was originally designed for cathode ray tube (also known as CRT) photography and has an engraved magnification scale instead of a traditional distance scale. It is estimated to have been produced in 1970. 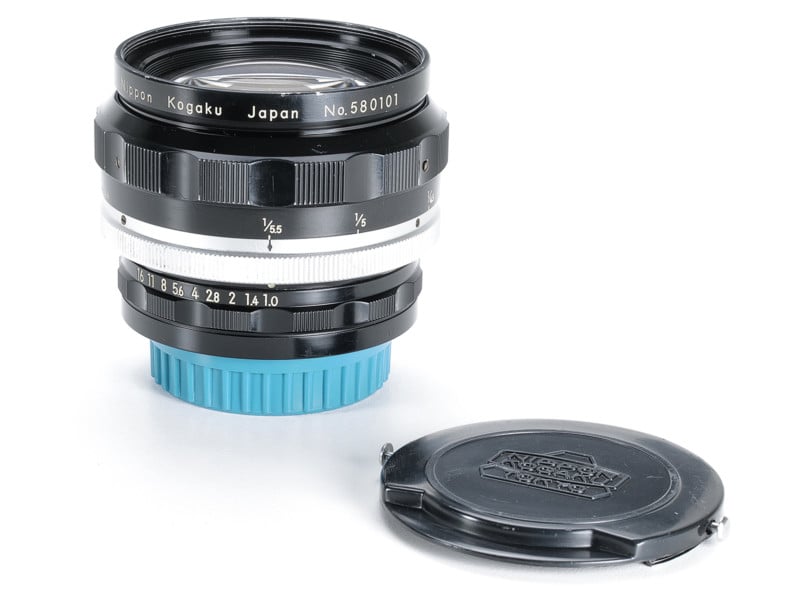 “Two of the extremely rare CRT-Nikkor Auto 58mm f/1 lenses known to us have serial numbers in the 58111x range, which is why we assume that the lens offered here is a prototype,” the auction house explains.

The lens was offered with its original blue rear cap (which is a color typical with experimental Nikon lenses) and an adapter for Leica L mount.

The lens was originally estimated to be worth between 15,000 and 20,000 euros, but two extremely interested parties drove the price up considerably. The Wetzlar Camera Auctions customers who connected by phone engaged in what the auction house describes as an “exciting bidding war.” By the end of it, the lens was finally sold for a very high 187,500 euros (about $182,117). This is the world’s highest price ever for a Nikon lens at auction.

The Nikkor-O Auto 58mm f/1.0 was one of many cameras and lenses that were offered at the Wetzlar Camera auctions this past weekend that included a rare Leica M Prototype that sold for about $667,765 (a surprise high bid for a camera originally estimated to be worth 60 times less than that), and a 1957 Black Paint edition Leica as well as a MDa NASA Replica which both sold for about $607,059.