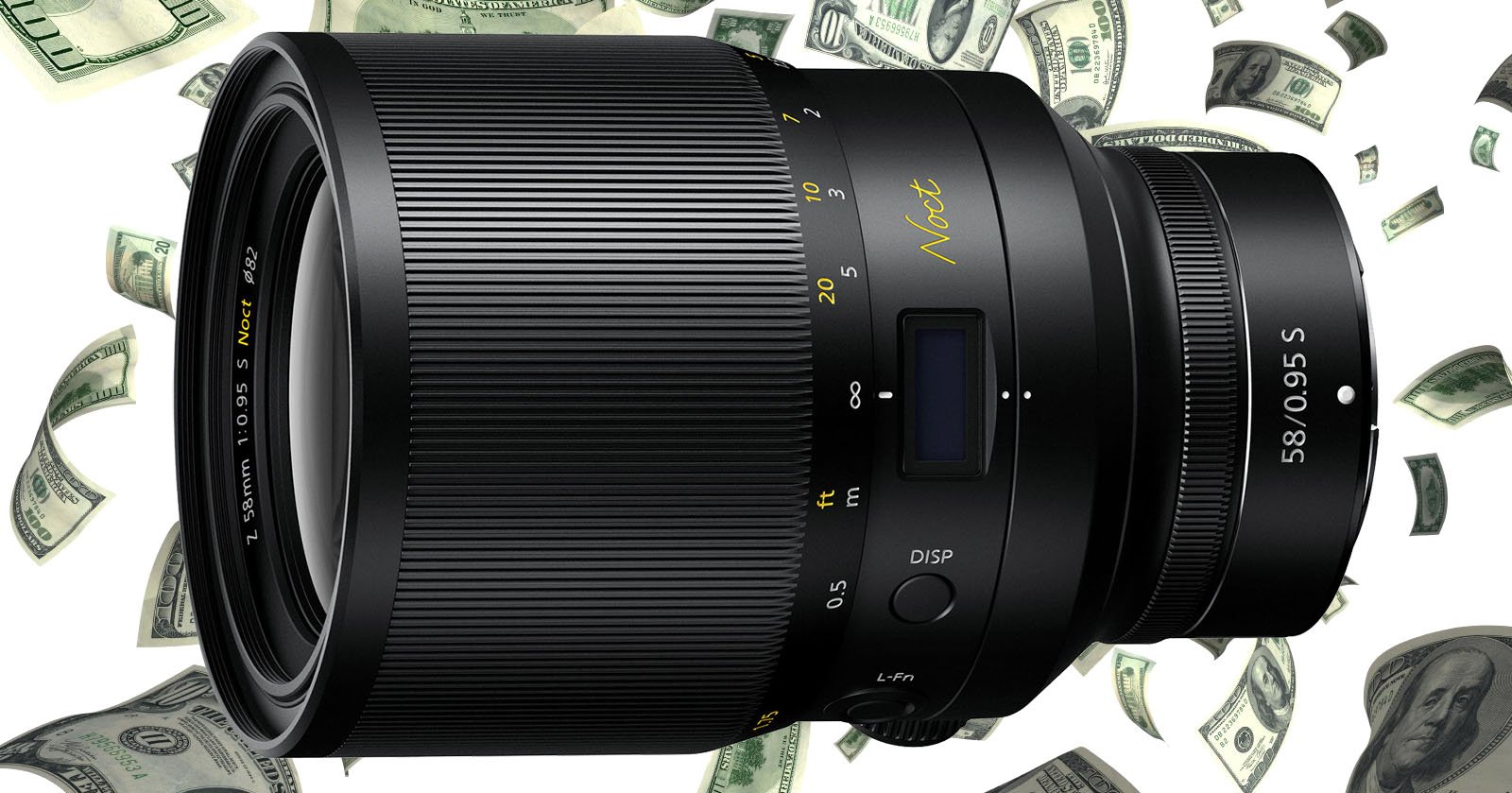 According to the most recent rumors, Nikon is planning to release the Z50 mirrorless APS-C camera and the NIKKOR Z 58mm f/0.95 S Noct lens later this week. And thanks to Nokishita, we now know how much they will cost.

“VR” because the current spec list for the rumored Nikon Z50 states that this camera will not feature in-body image stabilization like its full-frame brethren.

You can see all the rumored pricing info in the translated Tweets below: 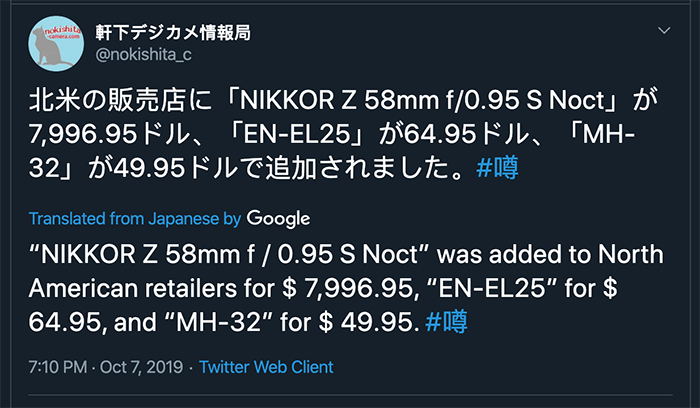 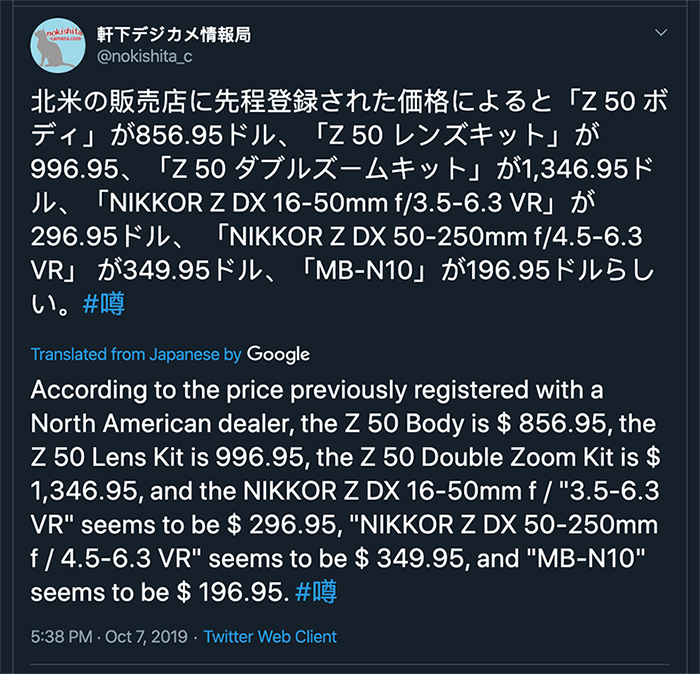 It looks like the Nikon Z50 and DX lenses will land about where you’d expect them to—although $300 for a kit zoom is a tad steep—but the eye-watering news is that $8,000 price tag on the NIKKOR Z 58mm f/0.95 S Noct lens. This isn’t necessarily surprising, given that this is more of a “statement lens” than a practical piece of kit, but what do you think? Would you drop 8 grand on Nikon’s most impressive, fastest lens yet?

Behind the Scenes: Visiting the World’s Largest Digital Camera and Optical Lens

Adobe Blocks All Users in Venezuela to Comply with US Executive Order, Can’t Offer Refunds