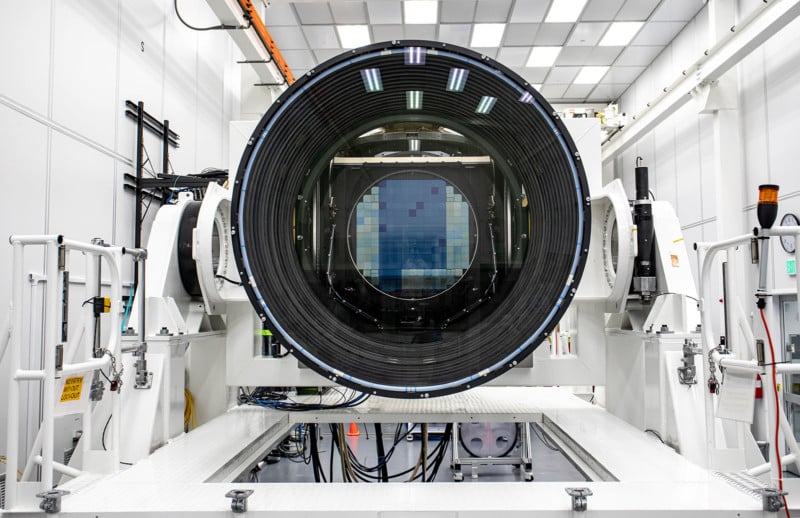 Researchers at SLAC National Accelerator Laboratory are nearly done with the Legacy Survey of Space and Time (LSST) Camera, the world’s largest digital camera ever built for astronomy.

The LSST Camera is roughly the size of a small car and weighs three tons. It features a five-foot wide front lens and a 3,200-megapixel sensor that will be cooled to -100 degrees Celcius to reduce noise.

The camera will eventually live atop the Vera C. Rubin Observatory’s Simonyi Survey Telescope in Chile where it will be tasked with observing the night sky for a decade with the goal of providing a trove of data that scientists will study to try and understand some of the universe’s biggest mysteries, including the nature of dark energy and dark matter. 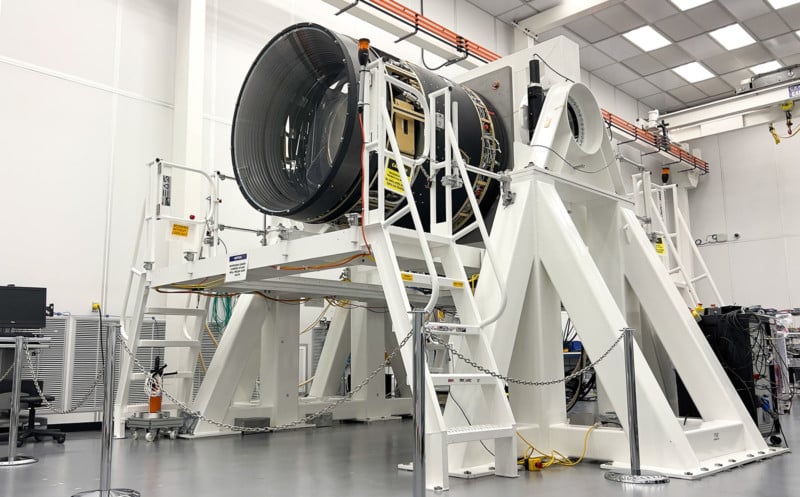 The large aperture, wide-field optical camera is capable of viewing light from the near ultraviolet to near-infrared wavelengths and is made up of 189 charge-coupled device (CCD) sensors arranged in a total of 21, three-by-three square arrays mounted on platforms called rafts.

SLAC explains that the 64-centimeter-wide focal plane corresponds to a 3.5-degree field of view, which means the camera can capture more than 40 times the area of the full moon in the sky with each exposure.

Not only is the sensor the world’s largest, but the lens fits that description too at 1.57-meters (five feet) across, it’s already been recognized as the biggest optic in the world by the Guinness Book of World Records. Light will be reflected through a set of mirrors, the largest of which is 27 feet wide. When operational, the 3.2 gigapixel detector will capture 15 terabytes of data per night over its 10-year survey as it investigates 37 billion stars and galaxies. 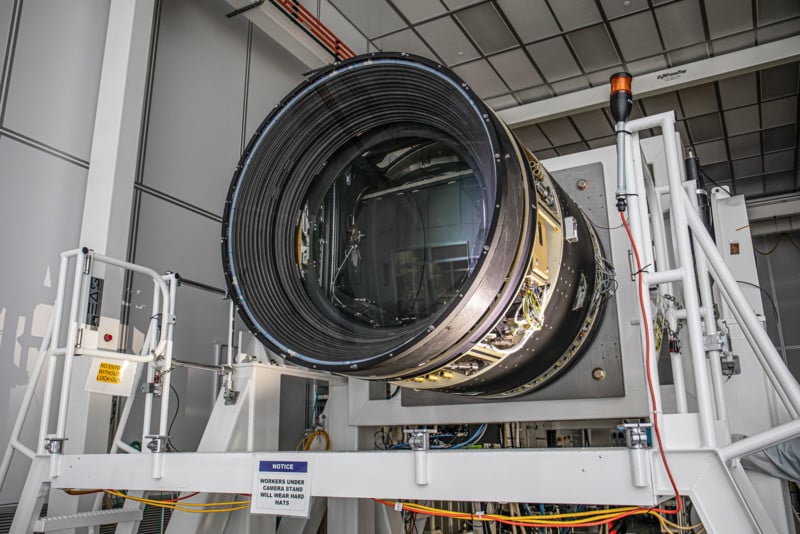 Right now, the massive camera is located in a facility just south of San Francisco where it has been under construction for the last seven years. If all goes according to plan, the LSST camera will be relocated to its final destination in May 2023. 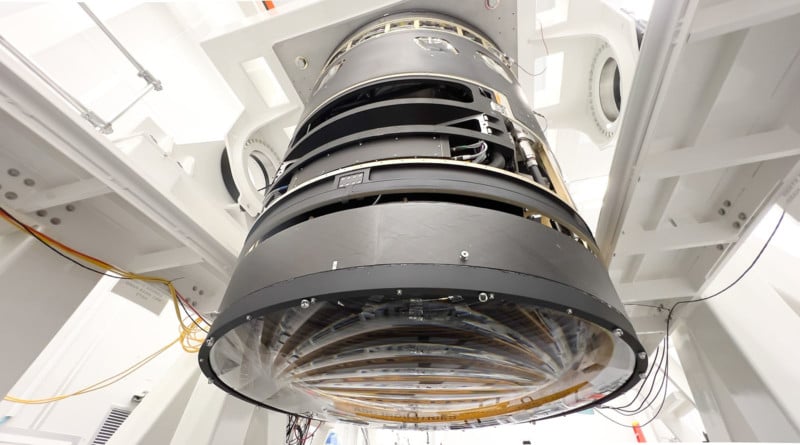 While the camera is almost complete, there are still a few components left. Key to its operation are six filters that will fit over the lens, explains IEEE Spectrum. Each of these filters is coated to only allow a certain wavelength of light through and were built in two locations: Massachusetts and Provence, France. They are currently on location in the same facility as the LSST camera but are yet to be installed.

Once they are in place, the camera will go through final testing before it is packaged up for its long journey south which will take place on a specially chartered Boeing 747 cargo plane for a direct flight. After its installation, the team expects it to take its first photos in 2024.

Update 10/9: The SLAC National Accelerator Laboratory says the LSST camera was renamed from the Large Synoptic Survey Telescope to Legacy Survey of Space and Time. This change has been reflected.