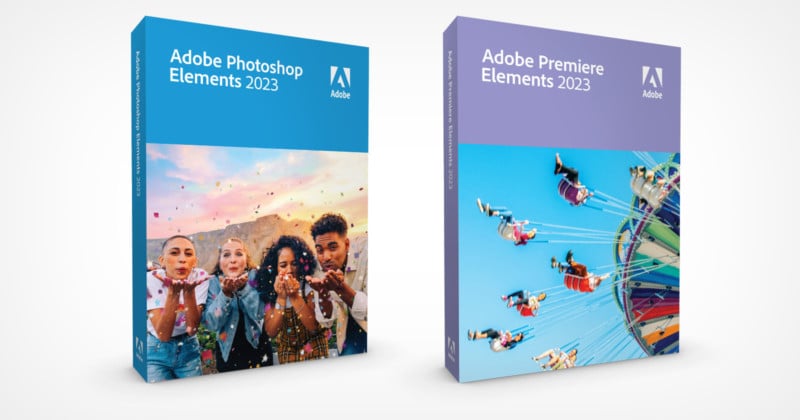 Adobe has announced the 2023 updates to both Photoshop Elements and Premiere Elements with a focus on making the apps — which have historically been designed to be dead simple — even faster to use and easier to understand.

It should be noted that while the Elements line doesn’t have nearly as robust a feature set as the professional software products from Adobe, they are one of the last — if not the last — that can be purchased outright and do not require a subscription.

The company’s goal with these updates appears to be to make photo and video editing incredibly simple for users of any skill level. Adobe says the updates include new features that are powered by Adobe’s Sensei AI to enable what it characterizes as intuitive and streamlined while also including step-by-step “Guided Edits” that help beginners get a grasp on editing.

The apps also go beyond the desktop and are available with new web-based and mobile companion apps (only available in English and are being released as a Beta) that are designed to make it easier to view and edit photos and videos while on the go.

As far as features are concerned, both apps bring a set of new tools and options. The addition of AI allows users to add what Adobe calls Moving Elements to photos which essentially treats one section of an image as a video to give a result similar to the once-popular cinemagraph. Once created, Elements will allow the user to export the moving picture as either an MP4 or GIf file.

Adobe has included a set of new backgrounds, patterns, and skies in the update which can be melded with user photos and videos. Additionally, the company has added new collage and slideshow templates that allow users to showcase their photos in a more exciting way.

Both platforms have what Adobe promises to be enhanced performance and stability and claims that the apps have 35% faster installation, 50% faster launch times, with 48% smaller application sizes. On Apple silicon, that launch time improves to 70% faster.

As mentioned, this generation of Elements is also the start of access to the programs on browsers and on mobile. Below are a few screenshots of what that experience looks like. As a note, it is still in Beta and subject to change. 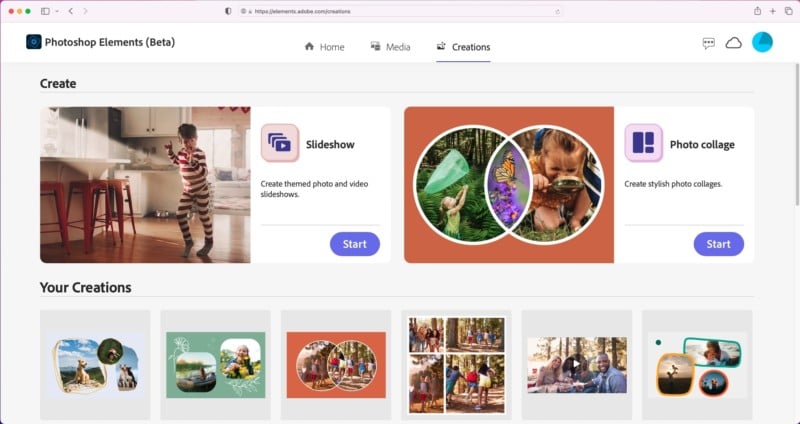 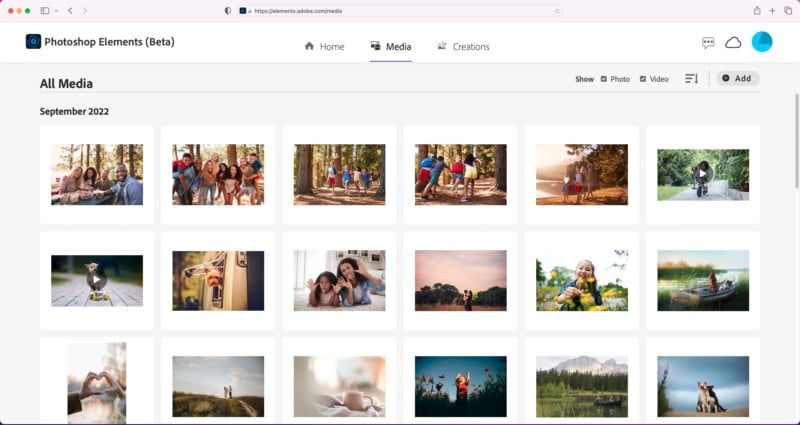 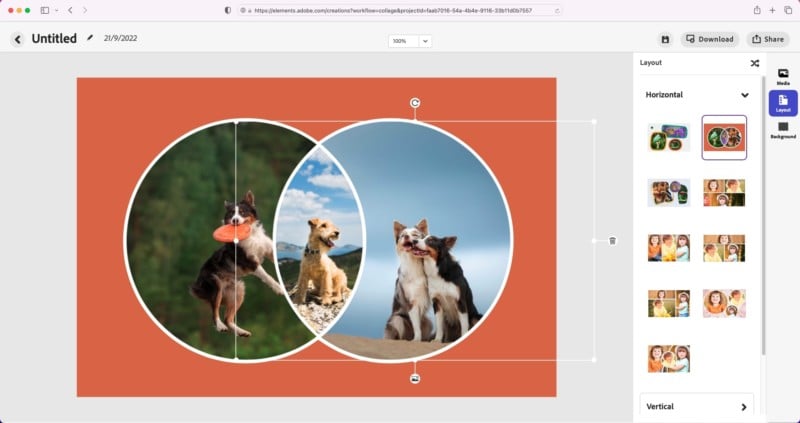 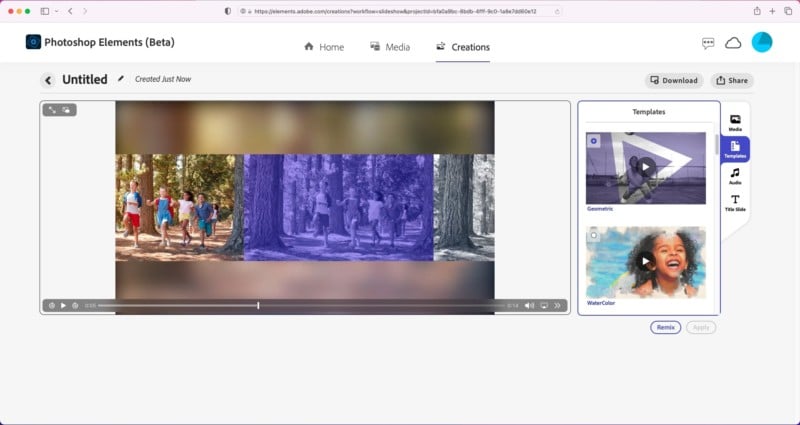 Adobe Photoshop Elements and Premiere Elements 2023 are available starting today for $100 each or bundled together for a discounted $150. The purchase is standalone and does not require a subscription, which is different from Adobe’s flagship Creative Cloud products.