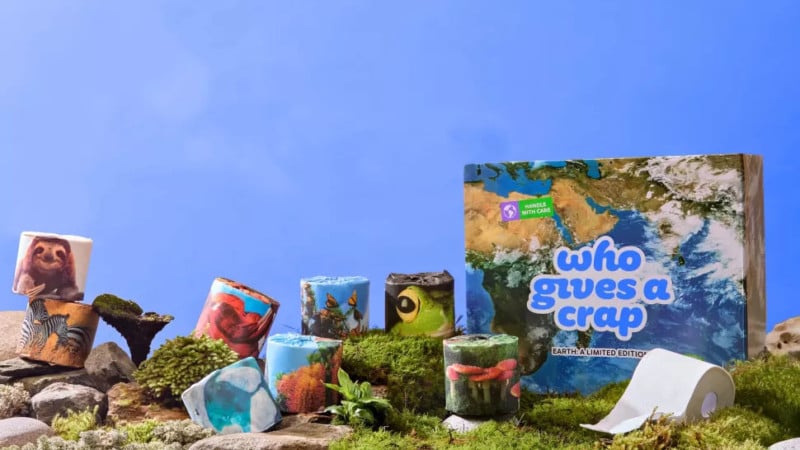 The Who Gives a Crap toilet paper company has come up with a novel way of displaying nature photography.

“From flying frogs to flamboyant fungi to something called Fagradalsfjall, it’s a whole biosphere in a box,” writes the company.

“Earth is out of this world. Give this fantastic planet of ours the daily standing ovation it deserves — even while your backside is slightly occupied.” 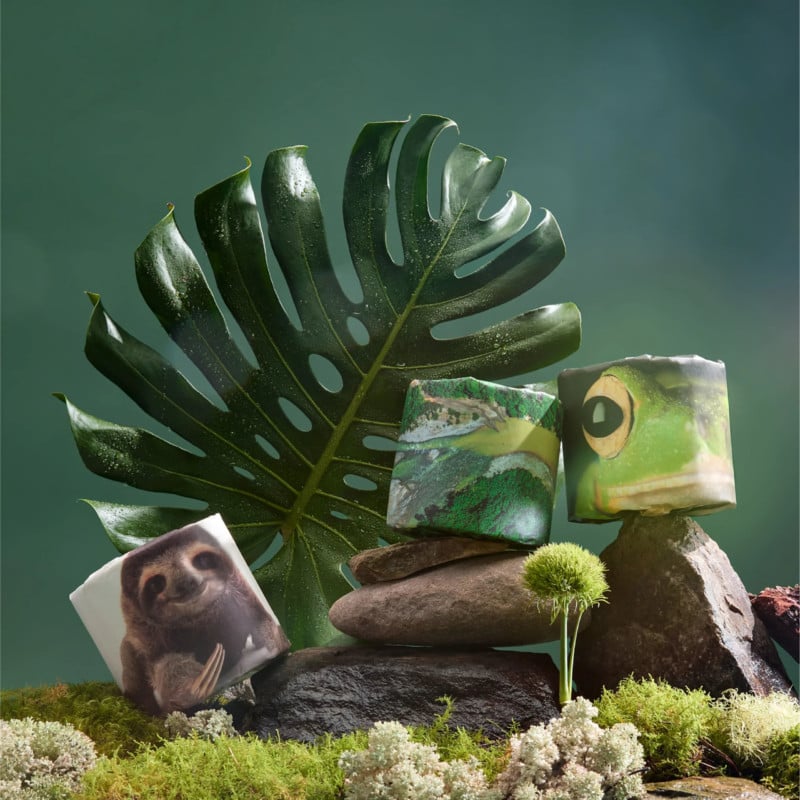 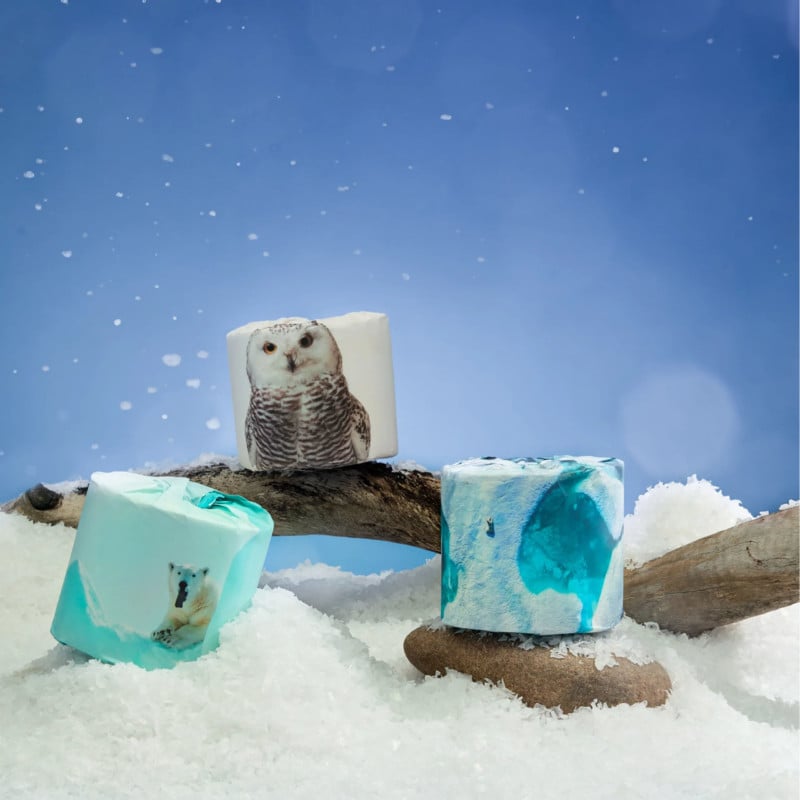 Who Gives a Crap’s photography offering features 24 unique wrapper designs containing a bamboo roll. Each roll spotlights one captivating corner of Earth, complete with full-color photos, fascinating eco-facts, and even some hints “to help mother nature keep this place in prime condition.”

While the company’s tongue-in-cheek marketing may be playful, a serious issue stands behind the Australian company’s offering.

“Our world’s wonders might seem infinite, but its resources definitely aren’t,” says the company.

“At the current rate of deforestation, the world’s rainforests — home to more than half of all species on Earth– could be gone by 2100. By making our loo rolls with sustainable materials like 100% bamboo, we’ve helped keep the equivalent of over 843,000 trees rooted right where mother nature intended.” 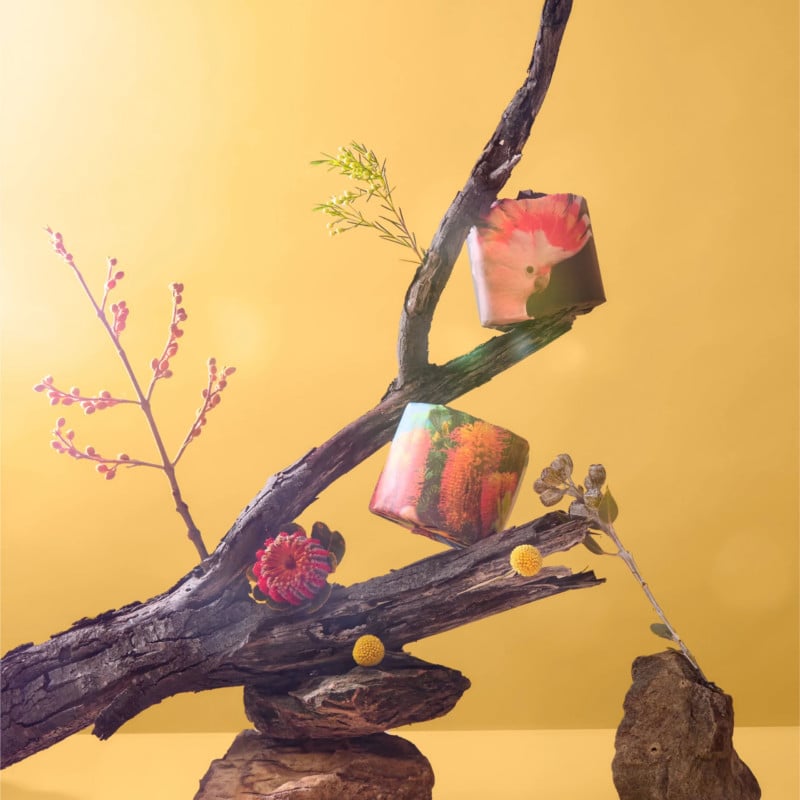 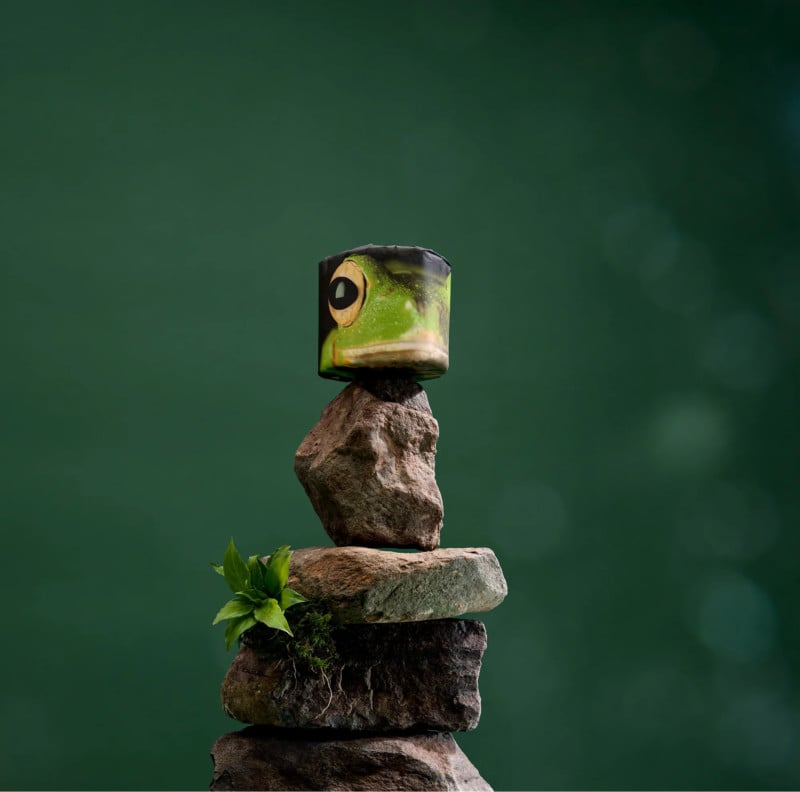 Who Gives a Crap say it will donate 50 percent of its profits and ship its 100 percent recycled materials via carbon neutral means.

The cool nature photos will only be on the toilet paper wrapping. “We wouldn’t want anyone wiping their bum with inks or dyes,” the company adds.

As reported by Digital Camera World, Who Gives a Crap launched in 2012 when co-founders Simon, Danny, and Jehan discovered that around 2.4 billion people in the world didn’t have access to a toilet. A decade on and that figure has now dropped to 2 billion so there are some signs of progress.

Toilet paper from Who Gives a Crap is slightly more expensive than your standard rolls, but 50% of its profits are donated to build toilets and improve water sanitation across the world.

A box of the special edition paper costs $55 which works out at $1.14 a roll and can be ordered from the company’s website.